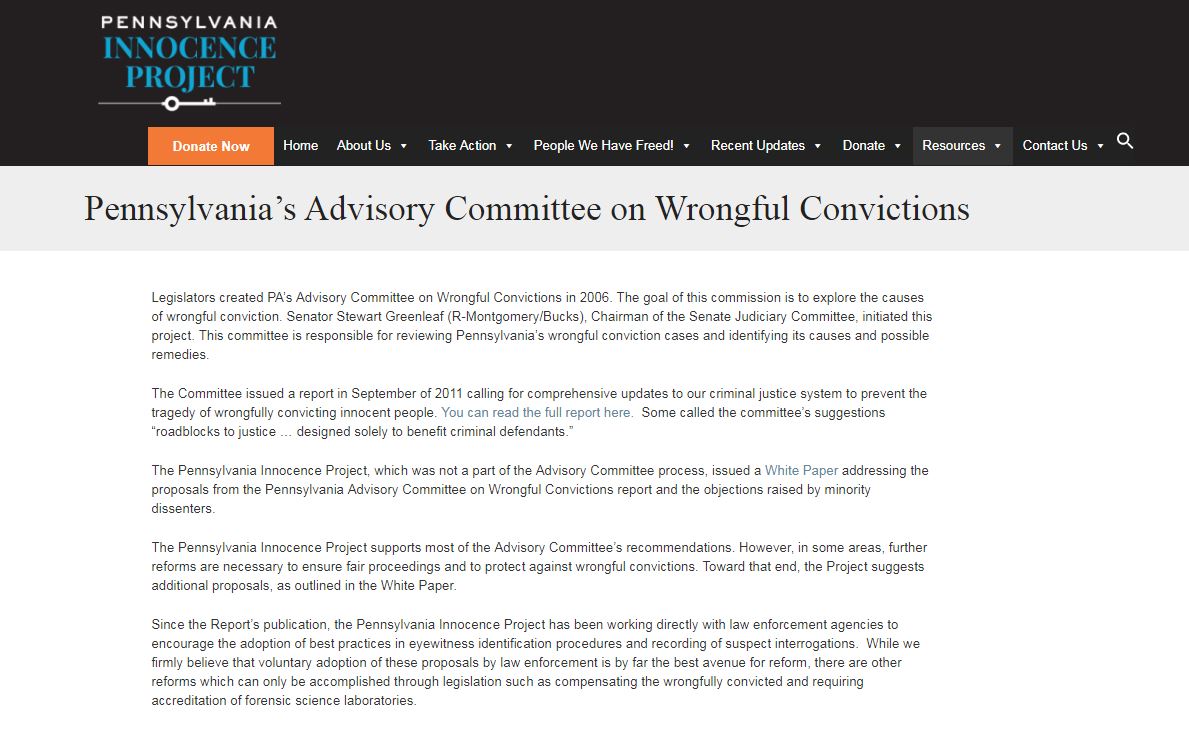 The Pennsylvania Innocence Project,https://innocenceprojectpa.org/, the organization dedicated to securing freedom for individuals imprisoned for crimes they did not commit and preventing wrongful convictions, is pleased to announce the appointment of David Richman as Interim Executive Director. Richman succeeds Marissa Boyers Bluestine who, as Legal Director and then Executive Director, was instrumental in the reversal of 14 Pennsylvania wrongful convictions and bringing about changes in the law and law enforcement practices that will make future wrongful convictions less likely to occur and that improve access to justice for the imprisoned innocent. Bluestine was recently named Assistant Director of the Quattron Center for the Fair Administration of Justice at the University of Pennsylvania Law School. Richman co-founded The Pennsylvania Innocence Project in 2008 with David Rudovsky and served as its president from inception until 2017.

He began his Executive Director position on June 1 and will serve until a permanent executive director is selected.  Mr. Richman is also special counsel in the Philadelphia office of Pepper Hamilton LLP where he has practiced since 1974, including as a litigation partner from 1978 to 2012. During his tenure at Pepper Hamilton, Richman served for 18 years as court-appointed lead counsel to the inmates of the Philadelphia Prison System in a federal class action, Harris v. City of Philadelphia.  He has been an adjunct professor of law at Temple University’s Beasley School of Law for a number of years and has served as an officer and board member of several public interest law firms in Philadelphia, including the Defender Association of Philadelphia, Education Law Center-Pa., the Public Interest Law Center, and the Pennsylvania Prison Society.

Before joining Pepper Hamilton, Richman was assistant district attorney in Philadelphia from 1969-74.