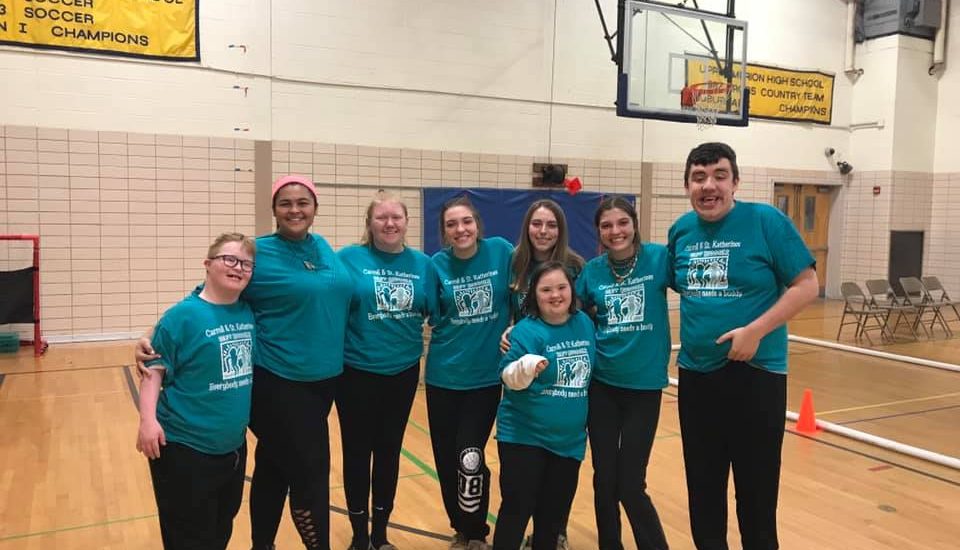 The Archbishop Carroll/St. Katherine’s team will be the first Unified Sports Catholic school team in the state.
Students from Archbishop John Carroll High School and Saint Katherine Day School, based in Wynnewood, Montgomery County and one of four Schools of Special Education in the Archdiocese of Philadelphia, have collaborated to compete on a Unified Indoor Bocce team this winter through Special Olympics Interscholastic Unified Sports® (IUS).
Special Olympics PA seeks to partner with high schools throughout the state, and provides funding support, resources, and technical guidance. In 2017-18, there were partnerships with 118 high schools in 23 counties and the cities of Philadelphia and Pittsburgh.  The Archbishop Carroll/St. Katherine’s team will be the first Unified Sports Catholic school team in the state.
[uam_ad id=”54865″]
“This is a historic and groundbreaking moment, as it is the first time in the state that a sanctioned Special Olympics PA Interscholastic Unified Sports program is being offered by any private school,” says Mike Bovino, Senior Advisor for Special Olympics Pennsylvania.  “Having students from Archbishop Carroll and St. Katherine’s practice and compete together on one team as equal peers promotes unity, full inclusion, and school pride.  We are thrilled to be working in partnership with the Archdiocese of Philadelphia.”
Their first game will take place on Wednesday, January 23rd and the season runs until early March. Practices are held at least twice a week after school, and the team will participate in a minimum of three competitions against other high school Unified Indoor Bocce teams.  A regional championship will be held in early March, followed by an opportunity to advance to the state championships held in conjunction with other PIAA state events.
The Archbishop Carroll/St. Katherine’s team will be coached by Mr. Ed Scanlon, a highly respected teacher at Archbishop Carroll who is invested in the growth and learning of all students on and off the court.
About Special Olympics Pennsylvania Interscholastic Unified Sports:
Special Olympics Interscholastic Unified Sports® (IUS) is a fully-inclusive co-ed after school high school sports program which successfully brings together students with and without intellectual disabilities.  By providing opportunities for students both with all types of disabilities and without disabilities to participate in sports meaningfully and by engaging other students in the school community, Interscholastic Unified Sports (IUS) helps promote inclusion, acceptance, and respect.  The Special Olympics Interscholastic Unified Sports program is supported by the Pennsylvania Interscholastic Athletic Association (PIAA), the Bureau of Special Education, and the Pennsylvania Department of Education.
Background information about the four Archdiocesan Schools of Special Education:
The four Archdiocesan Schools of Special Education educate students with sensory impairments, physical disabilities, and cognitive impairments as well as students on the autism spectrum.  The schools are: Archbishop Ryan Academy for the Deaf; Saint Lucy Day School for Children with Visual Impairments; Our Lady of Confidence Day School; and Saint Katherine Day School.
[uam_ad id=”54875″]

TLC – Kindness in the Classroom: Modeling Self-Kindness for Students