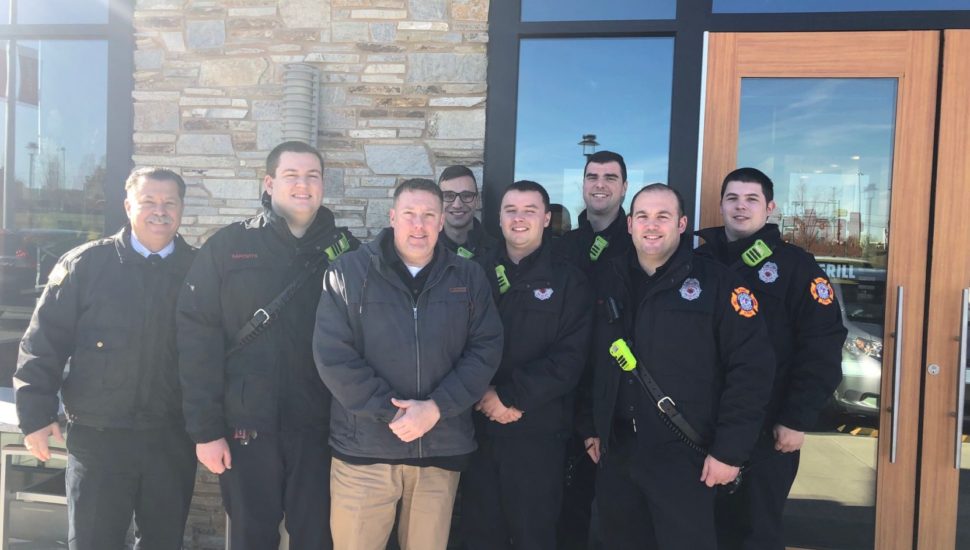 There’s something to be said about being a good neightbor..

Habit Burger Grill, the popular fast casual eatery at 120 Village Dr. in King of Prussia Town Center has lent a helping hand to Upper Merion Fire and Rescue’s Community Smoke Alarm Blitz.  As the crowds were hitting the King of Prussia Mall Black Friday, Habit Burger Grill district manager Russ Caratenuto was counting on many hungry shoppers and Black Friday defectors alike  to stop in and support the smoke alarm cause — the fire department would like to see every residence equipped with a good smoke alarm — across town, far from the madness, writes Gary Puleo in The Times Herald.

“The Habit Burger Grill is happy to partner with Upper Merion’s firefighters,” Caratenuto said on Friday, as  the lunch rush began pouring through the doors. “The day after Thanksgiving, everybody’s off, so hopefully we’ll get a nice crowd today. The fire department reached out to our marketing department to see if we could help in any way. And as we’ve said in the past, part of our culture is to really give back to the community. This is a no-brainer … the new fire chief wants to buy 10-year fire alarms for everyone in the community. That’s pretty cool.  What’s nice about the Habit,” he added, “is that we like to give back to the communities we serve. We like to get involved. Think about how many homes there are in Upper Merion Township and they’re looking to put a fire alarm in every one, that’s a pretty big deal.”

Upper Merion Chief of Fire and EMS, Dennis Rubin said: “We created the Community Smoke Alarm Blitz Program because every resident in our community deserves to feel safe in their home. I cannot thank The Habit Burger Grill enough for thinking of their community and its public safety.”

Many may remember the Habit’s partnership with the Upper Merion Township Police Department last spring that was created to promote good will and, hopefully, the relatively new restaurant’s growing charbroiled reputation.  Through the “Rewarding Good Habits” program Upper Merion Police officers on patrol rewarded “good” children and teens with a voucher for a free Charburger — named the “best burger in America” in 2014 by Consumer Reports — from The Habit Burger Grill.

Two Chesco Eateries Among Pennsylvania Restaurants to Check Out in 2023