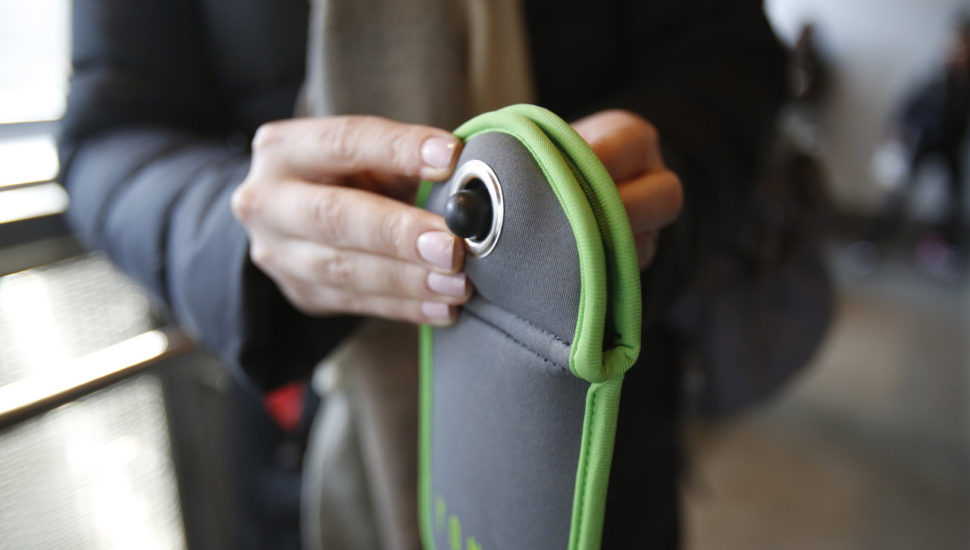 Yondr makes small fabric pouches, which close with a proprietary lock that can be opened only with a Yondr-­supplied gadget. (Image courtesy LinkedIn)

Caution, the following story may cause cell phone withdrawal symptoms.

Late last fall, in the gleaming white lobby of Madison Square Garden, uniformed attendants were posted at security stations to make thousands of smartphones stupid. Chris Rock was playing his 10th show in a 12-city international tour, and at every stop, each guest was required to pass through the entryway, confirm that his or her phone was on vibrate or silent, and then hand it over to a security guard who snapped it into a locking gray neoprene pouch—rendering it totally inaccessible., writes Alice Gregory for wired.com.

Yondr, a San Francisco company with 17 employees and no VC backing, was responsible for the cell phone restriction. Its small fabric pouches, which close with a proprietary lock that can be opened only with a Yondr-­supplied gadget.

Yondr got an early break at Valley Forge Casino Resort when a Philadelphia district court administrator had his phone taken from him at a comedy show back in April of 2016. The administrator realized he could solve a lot of courtroom projects with the small plastic pouch, the story continues.

And soon, perhaps, the rest of the story will be history.