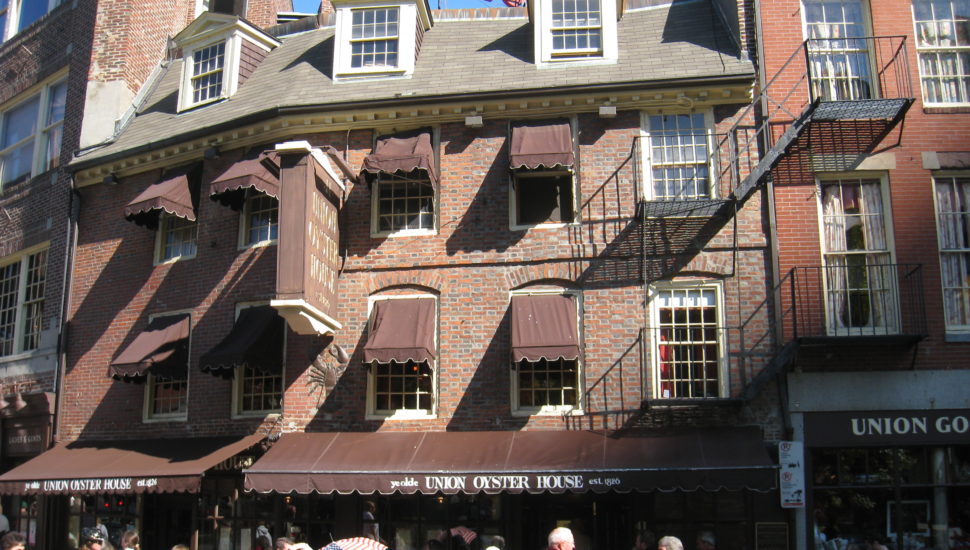 Chris Molineaux is planning on a heaping order of clam chowder from Union Oyster House in Boston after the game. (Photo courtesy of wikicommons.org)

Chris Molineaux, president and CEO of Wayne-based Life Sciences Pennsylvania, is putting his money — rather a jersey, beer and food — where his mouth is when it comes to the big game Sunday.

Molineaux sent a letter to to Robert K. Coughlin, president and CEO of MassBio,  left no doubt who he believes will be the winners, writes John George in the Philadephia Business Journal.

“Dear Bob, I hope this finds you well on this sunny January day as you and your fellow Patriots fans brace yourselves for another Super Bowl. We in Pennsylvania certainly admire the track record of Bill Belichick, Tom Brady, Bob Kraft and the entire Pats organization; our Eagles will no doubt face a formidable opponent on February 4 in Minneapolis. However, what the Eagles might lack in Super Bowl championships, Eagles fans more than make up with team spirit, loyalty and a recognition of when we’ve got a real winner headed to the Big Game.

“With this in mind, I propose a small wager between my team and yours. And I’m not referring to the Eagles and the Patriots, although these NFL powerhouses will determine who receives the spoils. I’m referring to Life Sciences PA and MassBio.

Molineaux then laid out the specifics of the deal and ended the note writing that he’s ready to place his order at the Union Oyster House in Boston for come clam chowder.