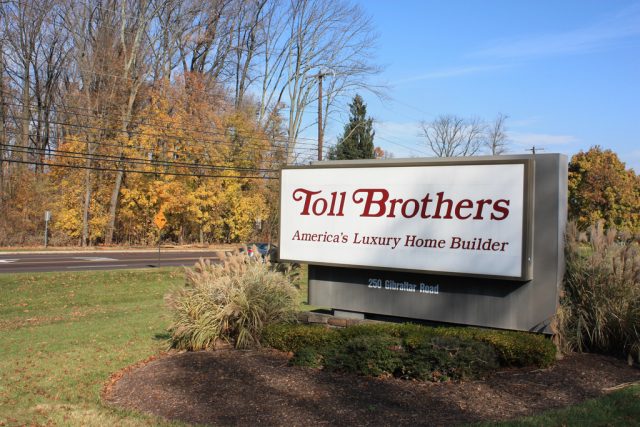 After more than a year of debate, Westtown Township supervisors voted Thursday night to deny Toll Bros. its application to build a 317-unit housing development on Crebilly Farm, a 322-acre Chester County parcel that many have argued has ties to the Revolutionary War.

The decision, which the township’s three supervisors unanimously supported, was made in front of a standing-room-only crowd, which clapped, jumped, and cheered when the ruling was announced. The supervisors — two registered Republicans and one registered Democrat, according to voter registration records — offered no explanation of their vote, saying only that a written decision would be issued in coming weeks, writes Caitlin McCabe on philly.com.

On Friday morning, a spokeswoman for Toll declined to comment. She did not indicate how the Horsham-based builder would proceed or whether an appeal was possible.

The Westtown decision caps a contentious year — at least publicly — for Toll, one of the nation’s largest builders. Just 35 miles away in Center City Philadelphia, Toll for more than a year has pursued plans to build a high-rise  along Jewelers’ Row, a proposal that has received sizable criticism. At the same time, the publicly traded builder has had a strong year in the stock market, where its price is up more than 54 percent compared with a year ago, as homebuilder confidence has risen to its highest level in almost two decades.

Toll also has continued to build across the region and the nation. Toll’s average home price in the fourth quarter of 2017 was $836,600, according to its corporate profile.

In the company’s initial plans for Crebilly Farm, Toll sought to build a combination of single-family homes and townhouses on the parcel, which is zoned for residential development. Toll had entered into an agreement of sale for the land with the Robinson family, which has owned the tract for decades. In different variations of its plans, Toll planned to preserve more than half of the land as open space.