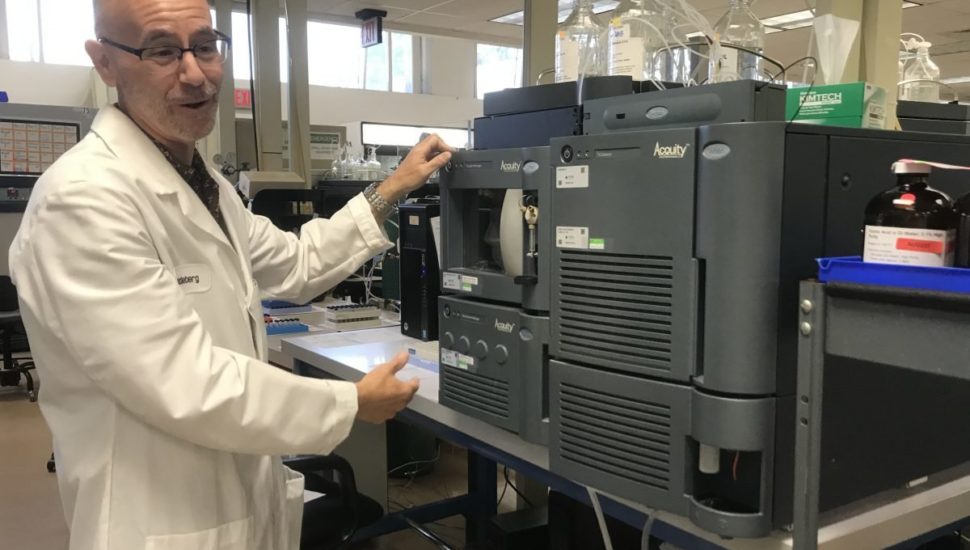 NMS is not vacating its current headquarters once the move is completed. That space will be used by The Center for Forensic Science Research and Education, which was founded in 2010 by the Fredric Rieders Family Foundation. (MONTCO.today file photo)

Willow Grove’s NMS Labs will soon have to relocate into a larger facility to accommodate its huge caseload increase from the ongoing opioid crisis, writes Sam Wood for Philly.com.

For nearly half a century, NMS Labs has operated from the same Willow Grove campus, but it is now planning to move half-mile up the road into new premises that are twice the size of its current complex

Due to the opioid crisis, the nation’s premier toxicology laboratory now receives thousands of parcels every day for testing. While most are blood and urine packed in ice, its lab technicians have seen it all, including portions of human kidney, toes and eyeball fluid.

“You name it, we’ve gotten it,” said lab director Robert Middleberg. The samples are analyzed by the private laboratory’s small army of chemists and biologists.

The number of toxicology tests performed by the lab has ballooned by 50 percent just in the past four years, according to Barry Logan, the lab’s chief of toxicology. The company currently employs 350 people and handles close to 120,000 cases a year.

“It’s really accelerated because of the appearance of all the new opioids,” said Logan.

Read more about NMS Labs at Philly.com by clicking here.