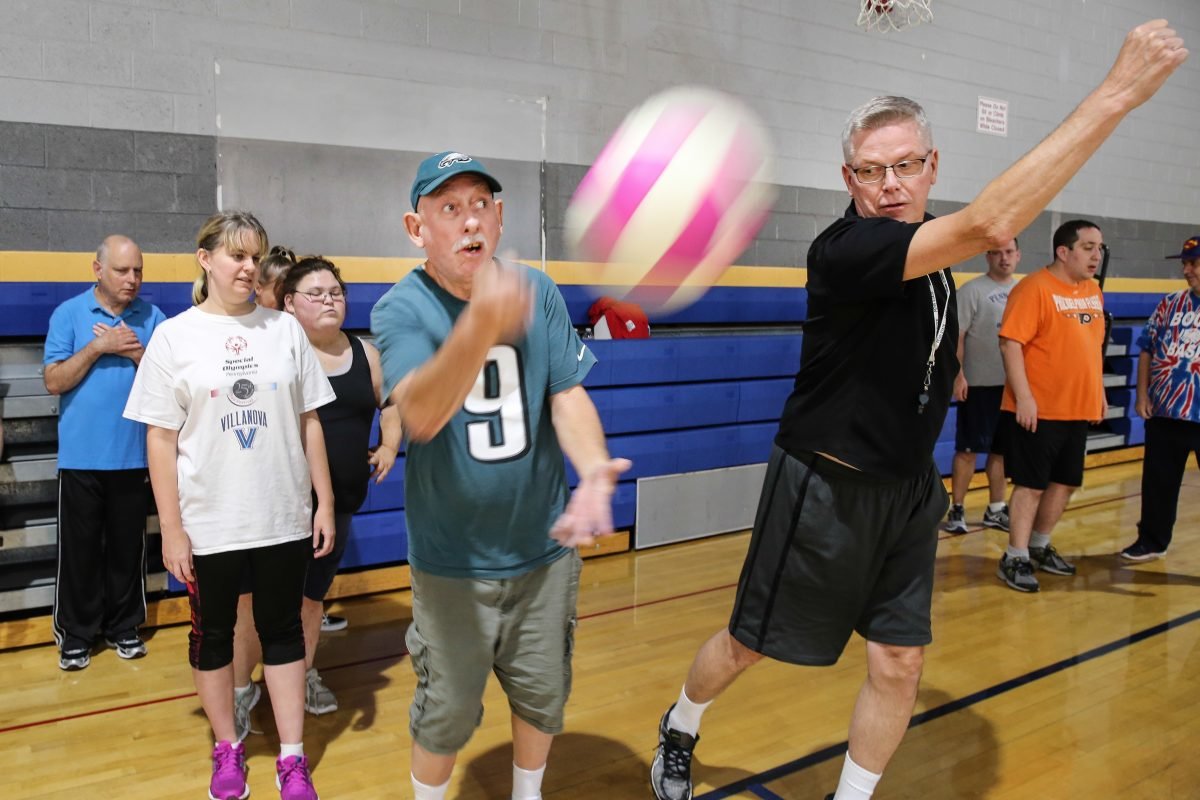 Currently there are 30,000 Special Olympics coaches and volunteers across the state. They mentor close to 20,000 children and adults with intellectual disabilities in 56 county programs that encompass 21 different Olympic sports.

According to Scott Otterbein, Special Olympics Montgomery County manager, it was Brett’s unflappable temperament as well as his one-on-one knowledge of all sixty-five of his basketball players that led to his receipt of the award.

Otterbein’s praise for the coach also comes from personal experience. His 33-year-old daughter Lauren, who has Down syndrome, has played on Brett’s basketball teams for years along with Brett’s 30-year-old son, Ryan.

Otterbein said he admires Brett’s compassionate patience both as a parent, and as the head coach of the Special Olympics track and field team.

“Whether their range of functioning is high or low, the athletes can have emotional outbursts,” said Otterbein. “Fran knows how to be really tough sometimes and how to let stuff fly sometimes.”

Read more about Fran Brett at Philly.com by clicking here.