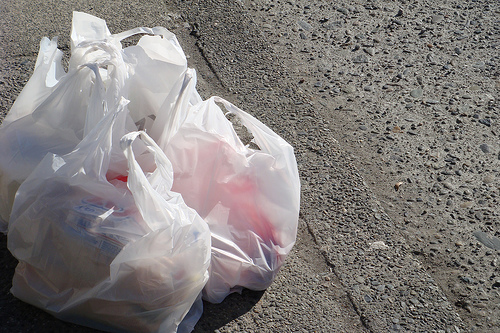 Philadelphia is among the cities urging state Senators not to adopt the bill preventing municipalities from imposing fees on, or banning the use of plastic bags.

Philadelphia is among the cities urging State Senators to not adopt a bill that would prevent municipalities from imposing fees on, or banning the use of plastic bags, writes Jon Hurdle for State Impact.

Philadelphia is joined by Pittsburg, York, and Erie in calling for the rejection of the bill, citing that they damage the environment and increase waste-disposal costs. They also argue that bill HB1071 would infringe on the right to run their own affairs.

The cities had previously urged the State House of Representatives to reject the bill. However, those efforts were in vain, as the House approved the bill on April 25 by 102-82.

Representative Greg Vitali, a Democrat from Montgomery and Delaware Counties, was among the House members who voted against the bill. He pointed out that plastic bags clog drains, fill up landfills, and pollute the ocean. In addition, he said municipalities should have the right to determine their own rules.

“Municipalities ought to have the tools and the autonomy to make decisions on their own to deal with local problems,” said Vitali. “Right now, municipalities have the ability to do this, and this bill would take it away from them.”

Read more about the issue at State Impact by clicking here.