Activists from Past Decades Gathered for Rally in Montgomery County 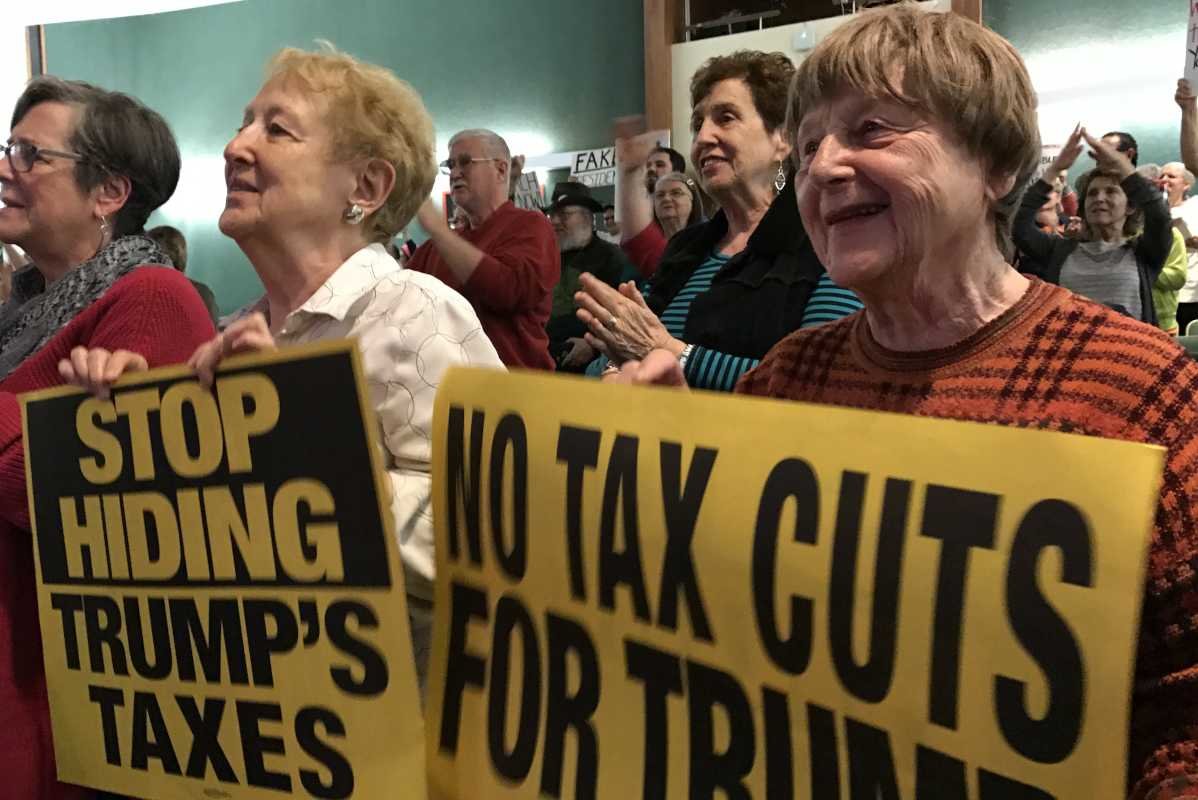 Ilse Sakheim, 91, at an "Uncover Trump's Coverups" rally at Sandy Run Middle School in Dresher Saturday. Sakheim was one of 250 activists who gathered in Montgomery County for an anti-Trump rally last week. (Image via Philly.com)

Activists from the 1960s and 1970s that led the civil rights and peace movement protests during the Vietnam War, dusted off their signs on Saturday to join an anti-Trump rally outside Sandy Run Middle School in Dresher, writes Jane M. Von Bergen for Philly.com.

The protestors, many of whom are in their seventies and eighties showed that their passion for facing down the establishment has not diminished over the years. Among their issues is the conveniently timed firing of FBI Director, James Comey, and proposed budget cuts that will affect the poor and elderly.

“We have a whole bunch of ex-Woodstockers in the room singing ‘If I Had a Hammer.’ Lord have mercy,” said State Senator, Vincent Hughes.

Among the protestor and holding a sign saying “No Tax Cuts for Trump” was 91-year-old Ilse Sakheim. She participated in the march on Washington in 1963, where Dr. Martin Luther King Jr. held his famous “I Have a Dream” speech.

Sakheim is a member of Indivisible Gwynedd, a group of around 50 people from Foulkeways at Gwynedd, the Montgomery County retirement community. They are one of hundreds of “Indivisible” groups popping up around the country to resist what they consider a direct attack on democracy.

Read more about the rally at Philly.com by clicking here.