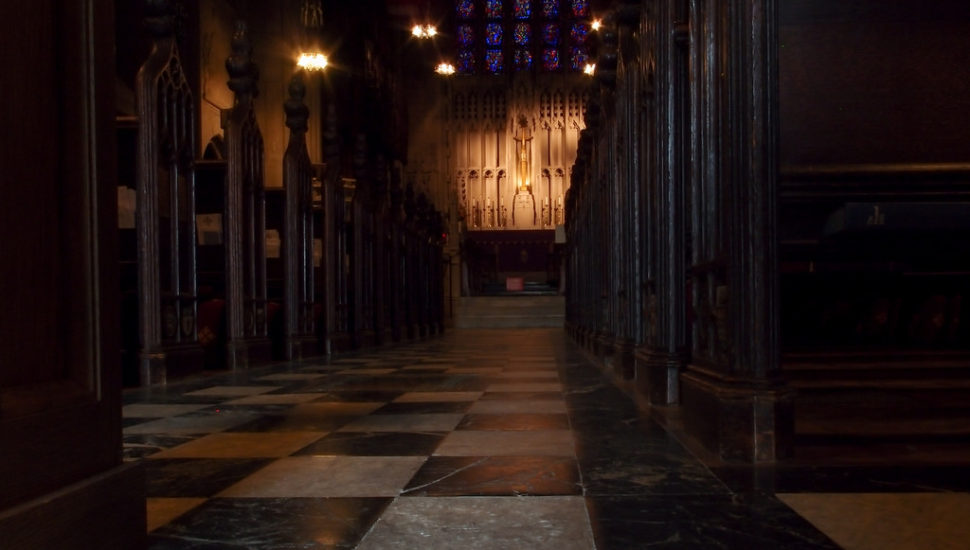 The chapel in Valley Forge has announced that its latest project, and perhaps one of its most important, is the restoration of the Lafayette Window.

“Knock and it shall be opened unto you.”

This verse from St. Matthew not only serves as the biblical text for The Lafayette Window inside The Washington Memorial Chapel, but also as a metaphor for what the chapel has come to represent to those who call it “home.”

Currently undergoing the first phase of a nearly $4.5 million restoration, the chapel in Valley Forge has announced that its latest project, and perhaps one of its most important, is the restoration of the Lafayette Window.

The extensive process is being done by the acclaimed Beyer Studio in Philadelphia, an award-winning, stained-glass studio specializing in design and fabrication of architectural stained glass, as well as the restoration of historic stained-glass windows.

The process is being sponsored by the Huguenot Society of Pennsylvania, as one of the medallions in the window shows the granting of the franchise to the Huguenot immigrants in Charleston in 1697.

A symbol of freedom and early immigration in the U.S., the Lafayette Window is also known as the “Window of Settlement” because it chronicles the early colonization of America.

The window features 12 medallions, each one depicting a separate significant event in the settlement of America and highlighting the variety of religious beliefs and ethnic makeup of the early settlements.

The window, like all 13 windows in the Chapel, was designed and executed by Nicola D’Ascenzo, a Philadelphia stained-glass artist who himself emigrated from Italy in the 1880s.

According to Joseph K. Beyer, owner of Beyer Studio, parts of this window were restored in the 1960s or ’70s but much of the leading that holds all of the thousands of pieces of glass together is original from the 1920s and is now very weak.

Also, during the previous work, the outer-most border of glass was eliminated, mostly out of convenience.

“Forty years ago, the attitude toward preserving windows was very different. We are now putting that missing border back around both of the tall lancets,” Beyer said.

“We have available to us original photographs that were taken of the windows when they were created, which allows us to restore the window as authentically as possible.”

Click here to learn more about the campaign to save the Washington Memorial Chapel.