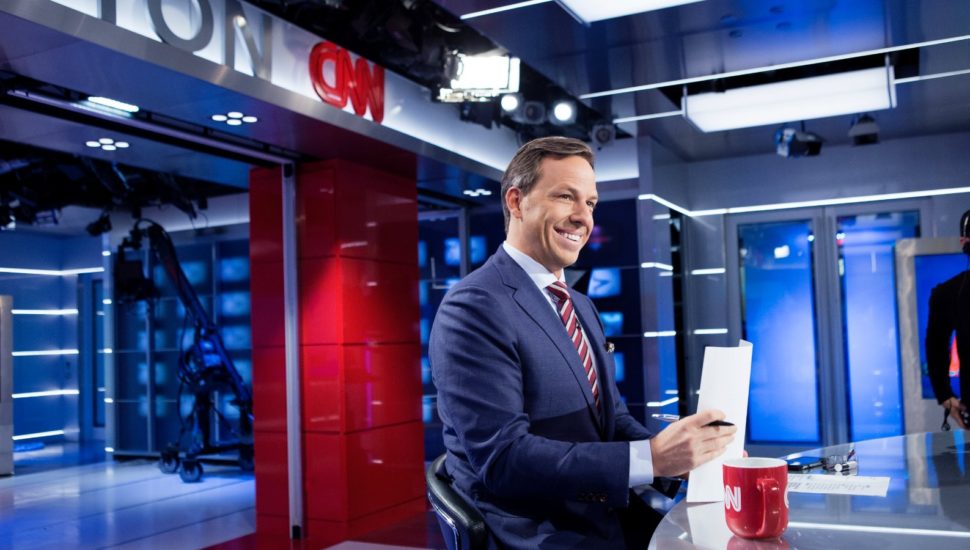 Jake Tapper, CNN’s news anchor and Barack Hebrew Academy graduate, drew the comic strip Dilbert for charity this week, and not everybody liked the result.(Image via CNN)

In addition to his appearances on talk shows, Tapper has been immortalized as a Saturday Night character. This character is now the subject of numerous internet memes for his iconic reactions to statements from White House staff.

However, jokes aside, Tapper feels the difference in the way people involve themselves in politics.

“People are engaged in politics in a way that even during the Obama candidacy, from 2007 to 2008, they weren’t,” he said in an interview with Philadelphia Magazine. “

In addition, he said the stakes for journalists seem higher today. He feels that the people in power are attempting to discredit and delegitimize any media source that does not present flattering coverage.

Talking on a more personal note, Tapper recalls his days growing up in Queen Village and on the Main Line, and his first steps towards a successful journalistic career.

When I was in eighth grade, there was a paper called the South Street Star that was a free weekly,” he said “I did a comic strip for them.”

Read the entire interview at Philadelphia Magazine by clicking here.