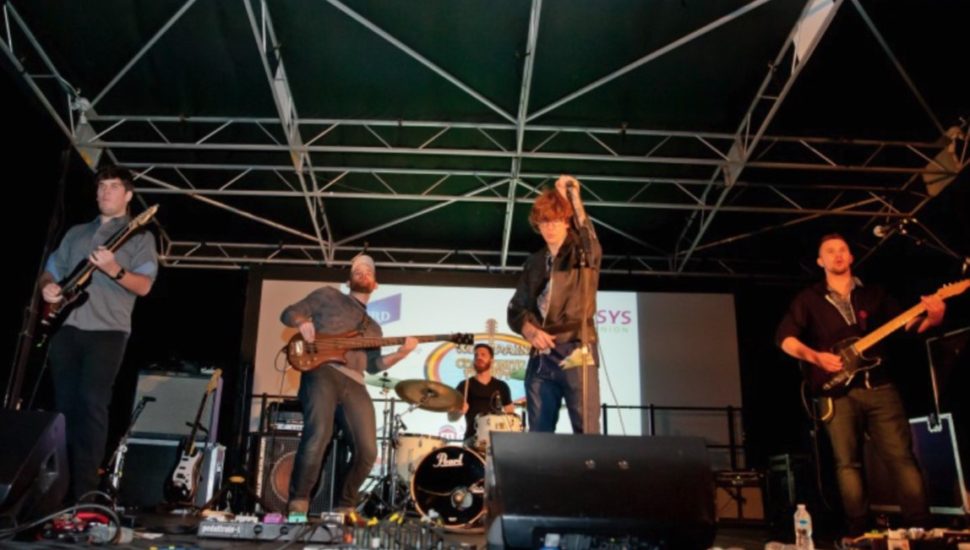 For many years, Whitpain Township hosted its annual family-friendly Harvest Festival, but in 2013, the event expanded to include an all-day music festival and a bone marrow donor registration drive. A year later, it merged with an annual fair at Montgomery County Community College.

The result has been a “Whitpain Community Festival” that is much larger in scale. Approximately 5,000 people are expected to descend upon the college’s Blue Bell campus on Saturday, Sept. 24 for this year’s event. Admission is free.

“Three years ago, I was the president of the Whitpain Recreation Association, which runs our area’s youth sports programs, and the Township approached us about ways to expand the event,” said Patrick Foley, Vice President with the Foley Hillsley Group at the international wealth management firm Baird.

“My sister (Shannon Henn) was Executive Director of the Love Hope Strength Foundation in Denver, a worldwide music-centric charity focused on the fight against cancer. To make a long story short, we decided that adding live music to the Harvest Festival would help draw a bigger crowd, so we brought Love Hope Strength aboard, and they collected registration information for bone marrow donations.”

In the first three years, the Foundation gathered registrations from 200 people, five of which were discovered to be matches. It’s an incredible rate, considering one in every 540 on the United States’ list are found to be a match.

Signing up to be a bone marrow donor is fast, easy, and completely painless. If you are found to be a match, it is your opportunity to be a real hero.

All you have to do is get your mouth swabbed and complete a form, which is a small price to pay for the opportunity to save someone’s life.”

“We want to add as many names as possible. The more people we have on the list, the more matches we can make,” said Foley. “The college’s nursing department made a big impact on the numbers by taking over the registration process, and it’s really a simple one. All you have to do is get your mouth swabbed and complete a form, which is a small price to pay for the opportunity to save someone’s life.”

Go Go Gadjet, one of the premier cover bands in the Northeast who describe themselves as “a burst of electric funk carried on the back of a thundering juggernaut of searing rock,” headline a full slate of musicians that will perform throughout the Festival.

The Foley Hillsley Group private wealth management team, along with Baird’s Pennsylvania municipal bond underwriters (No. 1 in the state), and Montgomery County Community College’s Lively Arts Series are the lead sponsors of the event.

“Being involved is a no-brainer,” said Foley. “My father (Michael Foley) is the Senior Vice President of our group, and because most of his contacts were in the corporate world, we have a very far-flung clientele, from all across the country.

“What we’d like to do is put a focus on our community, get more local clients, and let them know how we can help them.”

Click here for more information on the Whitpain Community Festival.

Bleats and Treats: Amish Farm & House, Lancaster, Has Unique Ways to Get into the Holiday Spirit