Malls a Dying Breed? Not So in King of Prussia 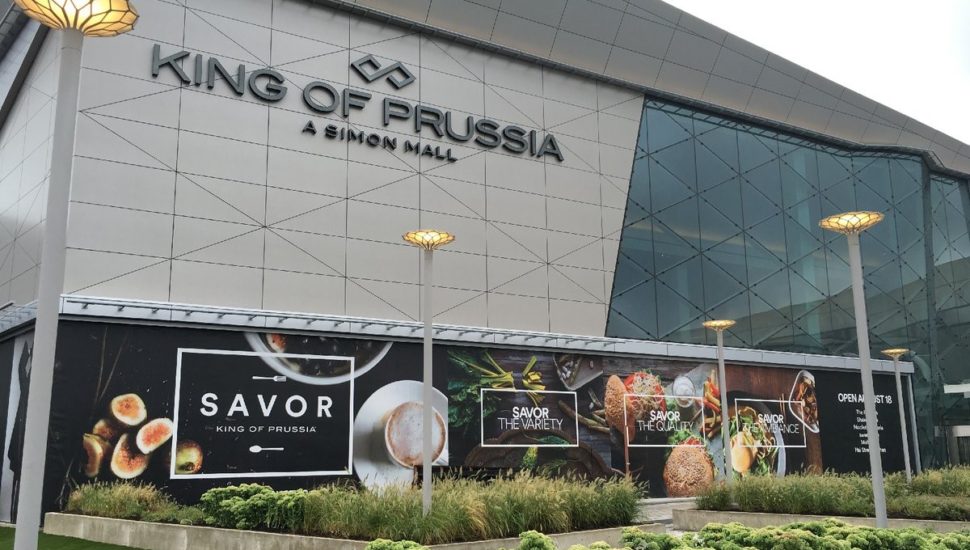 While several malls across the region struggle, the King of Prussia Mall is forging ahead, despite the growing sentiment that malls as an institution are a dying breed, writes Laura Benshoff for Newsworks.

While the retail mall is changing, with a growing number of big names closing some brick-and-mortar stores, Montgomery County’s giant shopping center has opened a new wing with 50 more retail units.

“With all the talk of online sales, well north of 90 percent of purchases in the U.S. are made in a physical store,” said Lew Morris, spokesman for Simon Property Group, owner of the KOP Mall.

When all of the new stores have opened, the KOP Mall will have quadrupled its original size and be home to more than 400 retailers. The newly constructed connector links the Plaza and Court with a high-end shopping corridor featuring designer names like Carolina Herrera and Jimmy Choo.

“Their strategy is to be the first to get a significant new retail opportunity,” said Steve Wray, executive director of the Economy League of Greater Philadelphia. “The sheer number of destination shopping experiences” is one of the main things that is giving the massive mall its advantage over others.

Read more about the King of Prussia Mall at Newsworks by clicking here.