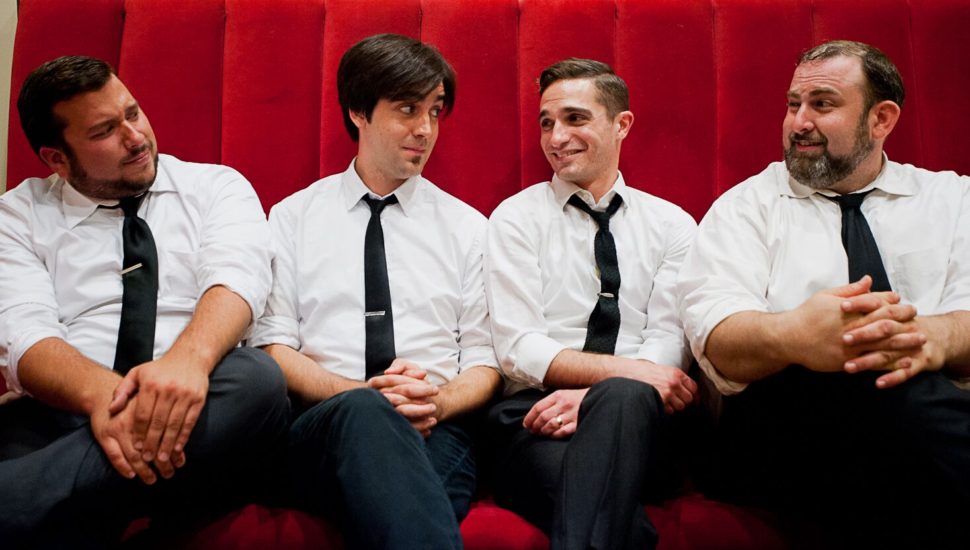 Beatles tribute band Newspaper Taxis will be performing at 7:30 PM in Conshohocken’s Jillian’s Cafe on July 16, according to The Times Herald.

The band that puts their own touch to Beatles’ songs, while staying true to the music, still brings a smile to Pat and Dave Patterson when they recall the band’s performance at World Café Live in April.

“All of the bands were terrific, but when these guys started performing, they played about three bars of ‘Here, There, and Everywhere,’ and you could hear a pin drop,” said Pat. “They were awesome.”

The couple extended an invitation on the spot for them to play at Jillian’s Café, the cozy coffee house/performance venue at Conshohocken United Methodist Church.

“We love the idea of introducing new audiences to the Beatles’ music,” said Rose. “We’re very high energy, and we try to make our shows fun and entertaining for everyone.”

The event at 20 W. Sixth Ave., just off Fayette Street, is open to the public with a free-will offering of $10 suggested by the organizers.

Read more about the concert in The Times Herald by clicking here.

Curtis Symphony Orchestra to Perform at Immaculata on January 28

A Gem in Our Own Back Yard: This Montco Community Offers Year-Round Appeal