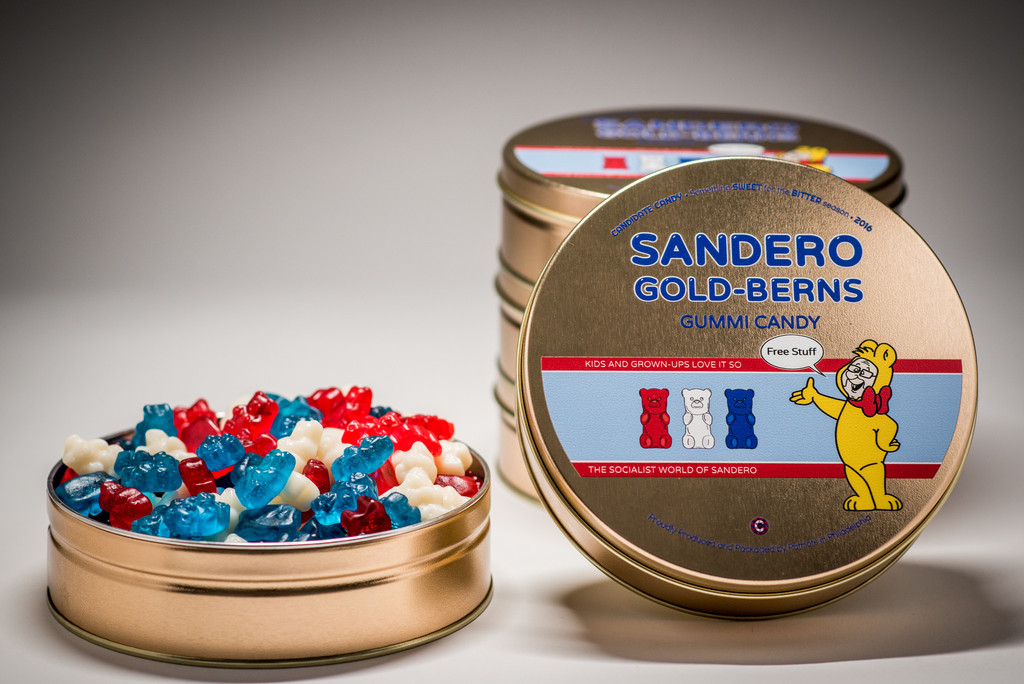 A young Philadelphia couple is taking advantage of the current bitter election season in a fun and tasty way, with Candidate Candy, and Zwahlen’s in Valley Forge is joining the party, writes Victor Fiorillo for Philadelphia Magazine.

Husband-and-wife team, Mitt Coats and Samantha Gutièrrez, announced the startup of their candy company Candidate Candy, which pokes fun at the presidential candidates through sweet treats.

The company offers several types of candy starting at $23.95, including Bernie Bears which have “Free Stuff” printed on the lid, Trumpy Taffy labeled the “Joke’s On You,” and Clint Cat titled “Crafty Wafer in Sweet Lies.”

The couple contacted candy companies throughout the country to produce the candy, and decided to go with Valley Forge’s Zwahlen’s for Clint Cat, Atlantic City’s James Salt Water Taffy for Trump Taffy, and an Indiana candy maker for Bernie Bears.

According to the couple, 10 percent of all proceeds will be donated to St. Jude’s Hospital for Children, while every media interaction such as re-tweets and Facebook likes will generate a donation of 25 cents to the Wounded Warriors Project.

Read more about the tasty venture at Philadelphia Magazine by clicking here.