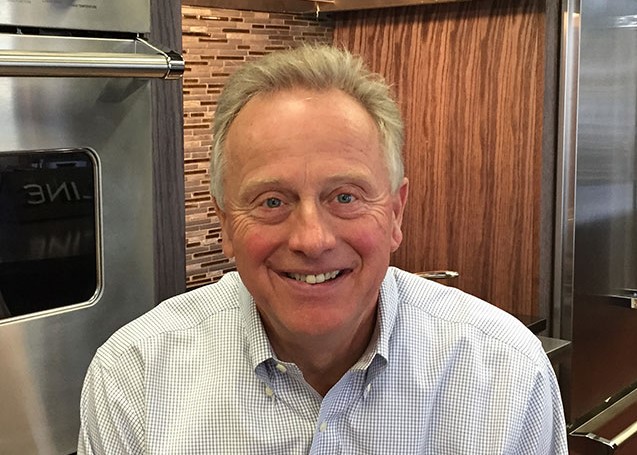 John Kieffer, the president of Kieffer's Appliances in Lansdale.

According to Pileggi, the evening primarily served as a networking opportunity for chamber members to interact with their peers and form new connections with local restaurants and chefs.

“We were looking for something different,” said chamber president Pam Kelly. “One of our board member’s son is Mikey Robins, who won the teen version of [Food Network’s] ‘Chopped.’ Everybody loves food, and everybody loves competition. So how could we possibly have an event that would be fun, we could involve our local celebrity, Mikey, and get our members involved? So that’s kind of where it came from.”

Set up along the kitchen-appliance store’s front counter in the center of the room were five sets of three mason jars designated for each of the three participants in each of the competition’s five categories: appetizers, side dishes, salads, entrees, and desserts.

Competitors could only participate if cooking was a hobby, something they did on the side for fun, not for a living.

Taps were also set up by Round Guys Brewing Company, a Lansdale-based brewery.

Click here to read more about the Chamber’s Culinary Competition and its winners at Digital First Media.

Government & PoliticsNew York Times: With Trump Out of the Picture, Val Arkoosh Believes Important Issues Will Rally Democrats to Show Up for Next Year’s MidtermsJuly 16, 2021

Government & PoliticsYes, "All Politics is Local;" But Pennsylvania Takes the Notion to the ExtremeJuly 13, 2021