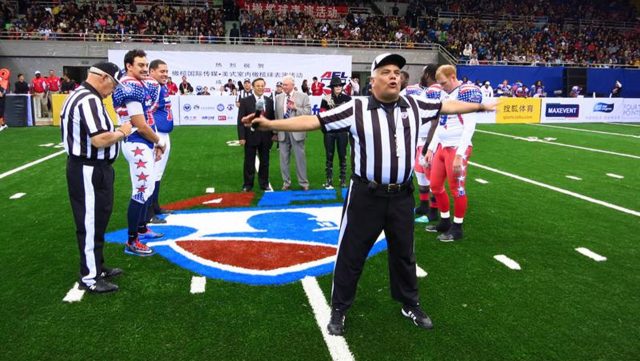 Martin Judge, the CEO of West Conshohocken’s The Judge Group, has taken arena football, a distinctly American sport, to China.

The Judge Group is an award-winning, global provider of technology, talent, and learning solutions. Its founder, Martin Judge, is the chairman of the new China Arena Football League. He is also a member of the Philadelphia Soul’s ownership group.

The CAFL will launch its historic first season of professional football in China in the fall, with the “Super Series” being played in six major cities on the Chinese mainland.

The Super Series will celebrate the first pro football game in China history with the premier weekend of play on October 1, 2016 in the nation’s capital of Beijing. All six CAFL teams will square off over two days of games and interactive family fun on the turf inside the spectacular LeSports Center.

“We look at each stop in the Super Series as a week-long celebration of our sport in each city,” said Judge, who has been laying the foundation for the CAFL since 2012.

“Our entire entourage of players, coaches, officials, cheerleaders, and staff will be making history as ambassadors of our great game. This is just the beginning. We intend to lead the amazing growth of China’s sports industry with our knowledge of the world’s most exciting contact sport.”