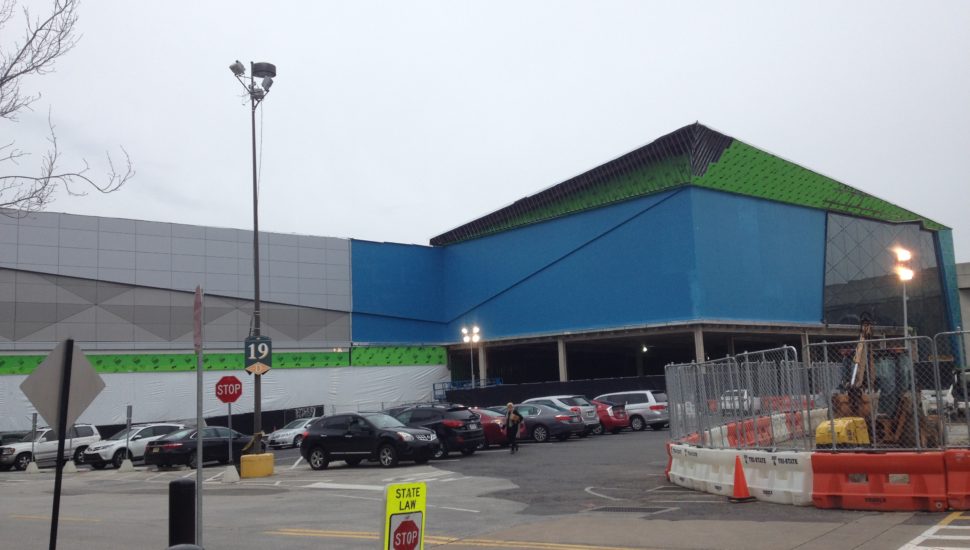 Photo of the King of Prussia Mall connector courtesy of Wikipedia.

Two are about to become one.

A $150 million project that connects both ends of the King of Prussia Mall is expected to be completed in about four months, writes Natalie Kostelni of the Philadelphia Business Journal.

According to Kostelni, many of the tenants who signed leases on the new space created by the 1,300-foot long connector have already started to outfit their individual stores.

Jimmy Choo, Carolina Herrera, Robert Graham, and Stuart Weitzman are among the luxury brands that have leased space in the mall’s new space. Existing tenants such as Louis Vuitton and Burberry are moving into the expansion area and will be building out spaces that will establish flagship stores. In all, 50 retailers will open in the expanded area.

A newly constructed, four-story parking deck that has 1,200 spaces is being power washed and readied for striping. Parking lots that had been used as staging areas for contractors and construction equipment are soon to be repaved. New escalators and elevators have also been installed.

The next few months may be some of the most complicated logistically, said Ted Jeffries of IMC Construction, which has been on the job for the last two years.

There’s an issue of keeping the mall operating as usual with active roadways and loading docks that can make things complicated.

“The whole challenge is not what we built but how we built it,” Jeffries said.

Click here to read more about the King of Prussia Mall connector.