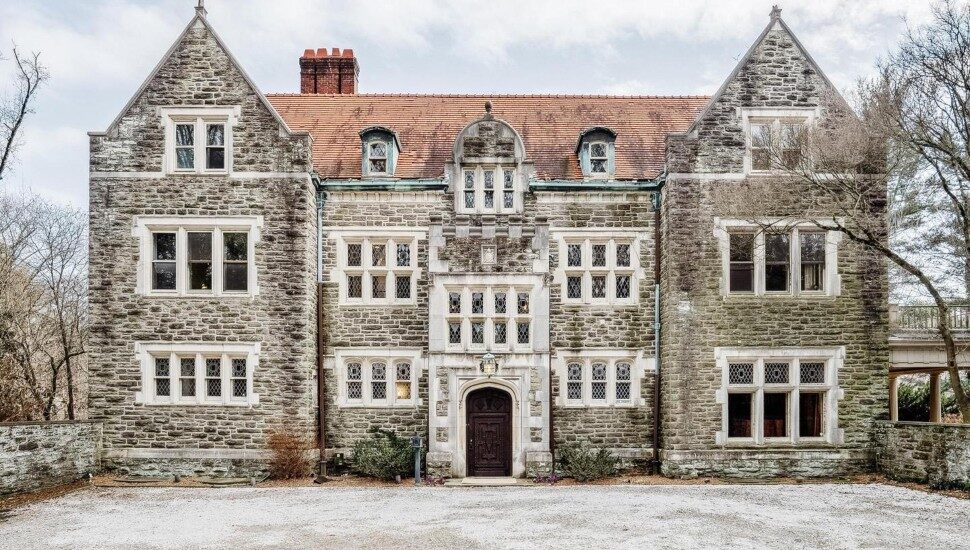 Image via The Philadelphia Inquirer.

A century-old “Jacobethan” Chestnut Hill estate is on the market. Listing at $1.5 million, the realtors are looking for a buyer who can modernize parts of the property at 8700 Seminole Street.

This 9,000-square-foot home, built in 1909 in the style of King James VI and Queen Elizabeth I (hence the portmanteau Jacobethan), was once the getaway house for Frederick Simeone. He was a renowned car collector and chief neurosurgeon at Pennsylvania Hospital for a quarter of a century, writes Ryan Mulligan for the Philadelphia Business Journal.

The detailed carvings and oak paneling are worth preserving. In fact, the entire home could benefit from some TLC, to include updates to the roof and the heating, cooling, and HVAC systems.

He also said the ideal buyer would be someone who respects history.

In addition to the ample bedrooms and bathrooms, the house also contains a library, music room, 10 fireplaces, full bar, and in-ground pool.

Read more about the listing of a period Chestnut Hill estate in the Philadelphia Business Journal.

The influence of Jacobethan architecture came from King James VI and Queen Elizabeth I;
since there’s much more common knowledge about the former than the latter, here’s some history on King James VI.

Interior Designer Buys Chestnut Hill Home: ‘In About Five Seconds, I Knew This House Was for Me’

The Main Line Dominates List of Top 100 Most Expensive Zip Codes in U.S.