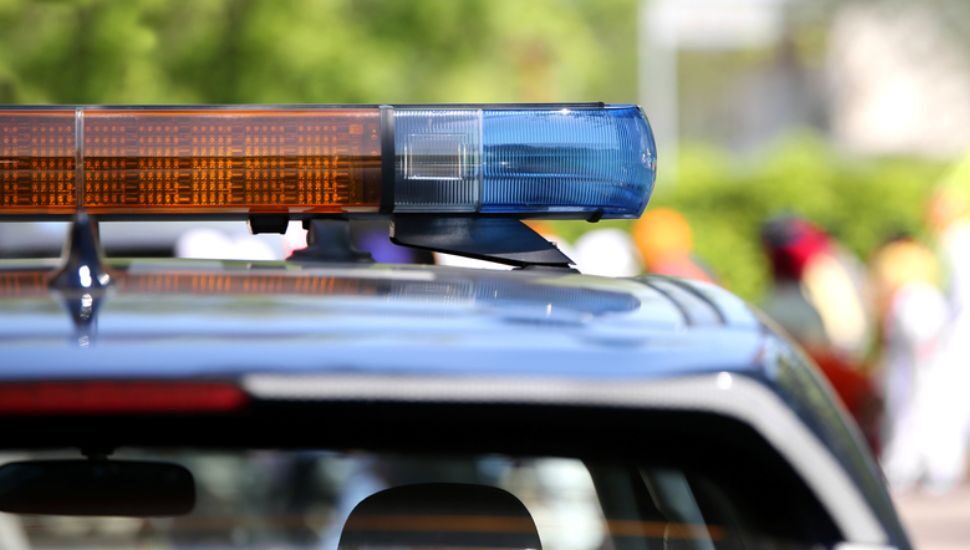 A third-grade student at York Avenue Elementary School was recently picked up by officers from the Lansdale Police Department, according to a report filed by CrimeWatch.

The officers who transported her took her not to the station house, but rather, to her school.

And she smiled the whole way.

So if there were a legal charge against her, it might have been something like Excessive Display of Creativity. Or Cuteness Overdose.

Isabella won the borough’s inaugural Christmas card design contest. She received not only the high-profile escort to class but also a bag of goodies.

She’s the first in a trio of young artists whose work was chosen to be the official seasonal greeting for the law enforcement organization.

The second- and third-place winners — also scheduled for the honor of a school ride designed to leave the school-bus method in the dust — come from Knapp Elementary School and Mater Dei Elementary School.

More on this young Lansdale artist’s memorable morning commute to York Avenue Elementary is at the website of the Lansdale Borough Police Department.

Meridian Bank Exhibits Limited-Edition Artwork from One of Its Customers, a Globetrotting Photographer

MCCC’s Blue Bell Gallery to Feature the Works of One of Philadelphia’s Most Talented, Fanciful Illustrators