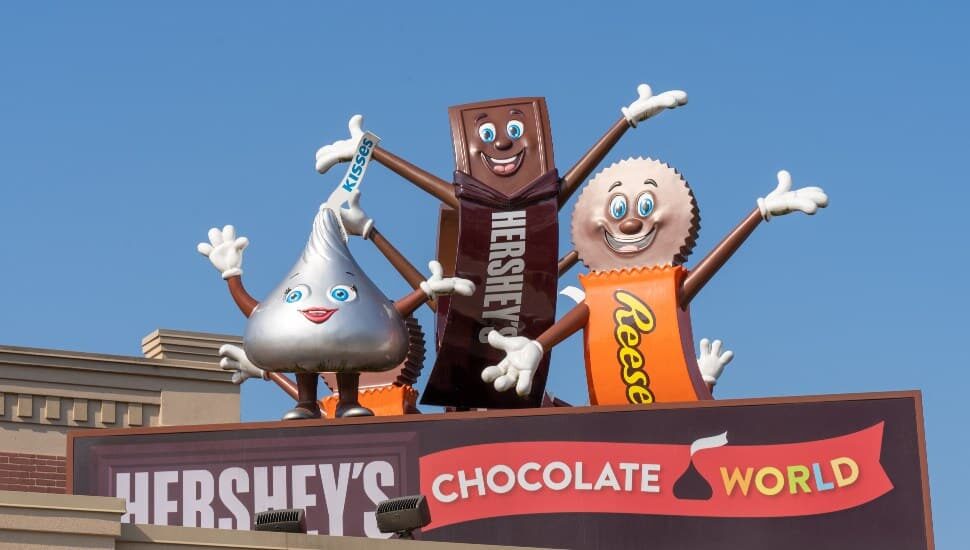 Hershey has long been a chocoholic go-to. But its latest strategy of mixing salty and sweet has helped the company reach new heights in a meltdown stock market, writes Ben Cohen for The Wall Street Journal.

Hershey stock has doubled in the past five years, outperforming tech giants over three years, and beating over 450 companies in the S&P 500 this year.

To continue its successful navigation around a financial kiss of death, the iconic brand divested from its cocoa cornerstone.

Instead, it spent billions of dollars to add popcorn, cheese puffs, and pretzels to its offerings. It enacted this brand-widening strategy through strategic acquisition, gobbling up (over several years):

In addition, the company bucked conventional wisdom and instead of expanding, it scaled back internationally and strengthened its competitive edge at home. This was a risky play that has paid off.

Since last Halloween, Hershey’s stock price is up by 33 percent, while the S&P is down 17 percent. Also, Hershey has soared more than 60 percent in three years and nearly 120 percent over five.

Read more about Hershey in The Wall Street Journal.

Hershey to sweeten the pot with a new candy, but also raise prices