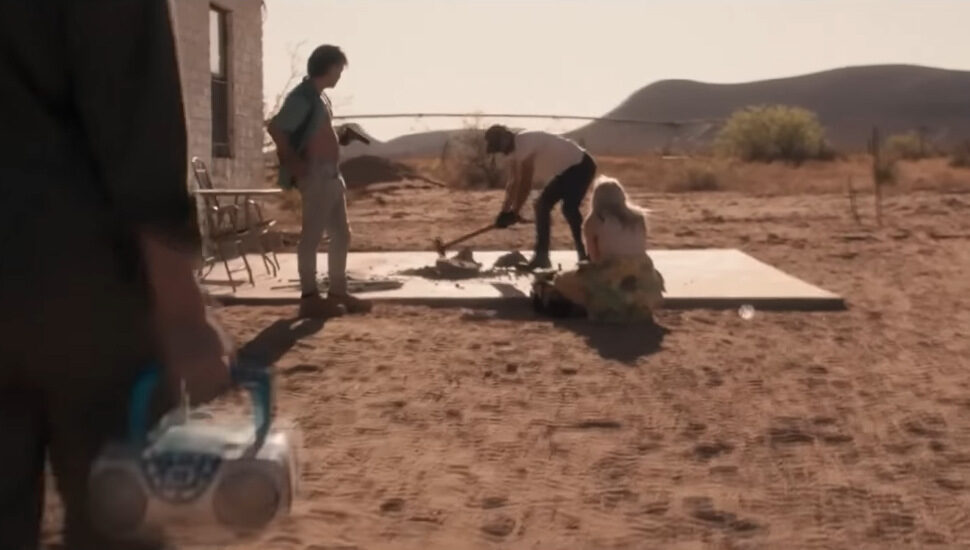 Image via Movie Trailer Source at YouTube.
DIG, from local filmmaker Grady Craig, is scheduled for an upcoming screening in Phoenixville to benefit Hobart's Run in Pottstown.

It’s a long way from Chester Springs, Pa., to L.A., but local native Grady Craig has made the journey there to become V.P. of Business Development and Operations at BondIt Media Capital (a film financing provider) and an Executive Producer at Buffalo 8 (a Santa Monica media company).

Giving Back to Hobart’s Run

But Craig’s ties to his Pa. home are strong, and flush with success, he now wants to give back to the area and specifically Hobart’s Run, a philanthropic organization steadily working to improve the Pottstown area.

Craig is generously leveraging his creative role in executive producing the independent feature film DIG and working with the Colonial Theatre, Phoenixville, to host a private, RSVP-only screening of the film on Wed., Nov. 23, at 5 PM.

DIG and Its Nov. 23 Screening

DIG is a thriller starring Thomas Jane (Boogie Nights) and Emile Hirsch (Into the Wild).

While the event is free, donations are welcomed and encouraged through Venmo (@mediaforge), and Craig will contribute the proceeds to the Hobart’s Run neighborhood initiative.

The timing of the show — the night before Thanksgiving (and typically a lively night in Phoenixville) — reflects Craig’s enthusiastic interest in saying “thank you” to the area in which he was raised.

He hopes visitors to the town will kick off their long holiday weekend by watching the film and making a gift to help others.

“Before moving to Los Angeles, it was the Pottstown area that provided me with the space and tools to pursue my ambitions,” Craig said.

He went to high school at The Hill School (Pottstown), now attended by his brother, Quin, a sixth form student/senior.

Craig said his budding entrepreneurial spirit led him to create and run a Chester County landscaping company that helped him pay for his enrollment at The Hill. It also funded his later studies at Boston College, where he earned dual degrees in economics and film studies with a concentration in entrepreneurship.

“Through this event, I’m choosing to support Hobart’s Run, an initiative created by The Hill School in 2016, as a way of giving back to the community that facilitated the earliest steps of my journey,” said Craig. He credited Shelley Baumgarten, Hill’s Director of Alumni and Parent Engagement, for connecting him to Hobart’s Run during a call to his alma mater.

“This is not the first time Grady has given back to The Hill community, as he serves as the leader for the L.A. regional alumni chapter,” Baumgarten said. “It came then as no surprise that he would have a desire to do something good in the Pottstown area.”

Hobart’s Run is dedicated to:

Its projects range from organizing community trash pickups to providing grants to organizations supporting underserved children and their families.

Craig has enjoyed visiting Pottstown during recent trips back east. He’s noticed the revitalization of its downtown with events such as the upbeat, well-attended Saturday night car shows, as well as the growth of new retail, restaurants, and brewpubs.

“There’s so much positive change happening in Pottstown,” Craig said. “I’m happy to be partnering with Hobart’s Run to support Pottstown’s ongoing efforts.”

He’ll be at the screening while home in Chester Springs for the Thanksgiving holiday.

Hobart’s Run: Humbled by the Generosity

“We are humbled by Grady’s generosity,” said Cathy Skitko, Director of Communications and Community Relations for Hobart’s Run. “We love that he is excited about supporting Hobart’s Run’s vision and outreach in the Pottstown community.”

Twila Fisher, Executive Director of Hobart’s Run, also is an instructor of entrepreneurship at The Hill School. “In addition to being very grateful to Grady, I’d love to have him speak with and inspire my class by sharing his success story,” she said.

Craig has spoken at events around the world, from the Cannes Film Festival to the U.S.’s marquee American Film Market.

BondIt and Buffalo 8 are financing and executive producing numerous major film productions starring talent such as Robert DeNiro, Martin Lawrence, Mel Gibson, Megan Fox, Kevin James, Bruce Willis, and Vince Vaughn among others, with their most recent docuseries, Conversations with a Killer: The Jeffrey Dahmer Tapes achieving the second-most-watched series status on Netflix.

Craig’s versatile skills allow him to work with indie screenwriters, directors, and filmmakers alike as he develops, packages, and pitches original feature films and episodic series.

Guests at the special Colonial Theatre screening will work up a Thanksgiving Day appetite by experiencing the action and drama of DIG’s plot: A widowed father (Thomas Jane) and his daughter (played by Thomas Jane’s real daughter, Harlow) — whose house is up for demolition — are taken hostage by a dangerous couple (Emile Hirsch and Liana Liberato).

The latter pair are singularly focused on retrieving, at all costs, what lies beneath the property.

If the Hobart’s Run description of DIG isn’t enough to urge local audiences to attend the Nov. 23 screening in Phoenixville,
the official trailer may seal the deal that it’s a must-see film.

Pottstown Cleanup Day Bags a Rave Review: ‘It’s Amazing How Great the Streets Look after Only Two Hours of Effort’