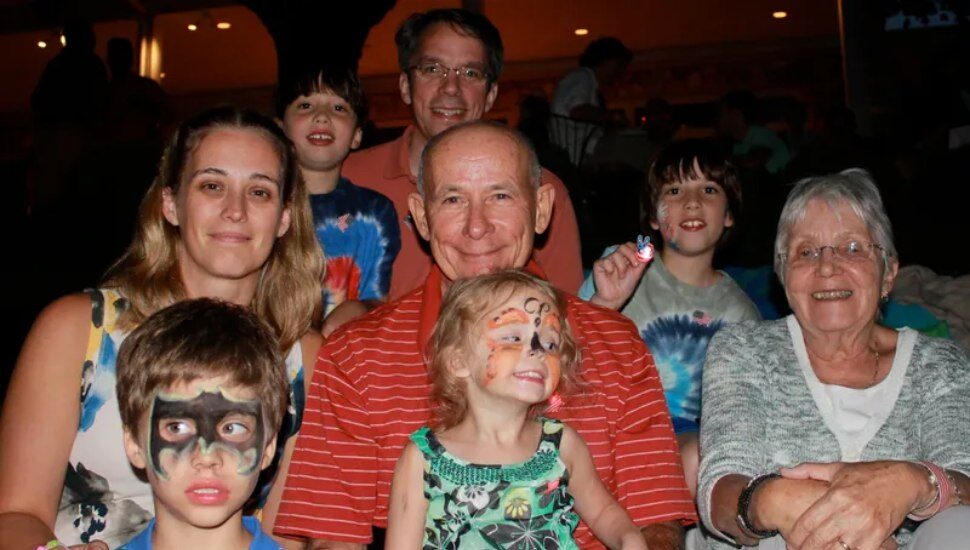 Image via the Paier family at The Philadelphia Inquirer.
Adolf A. Paier, Jr. (center), surrounded by family.

Adolf A. Paier, Jr., has passed at age 83. The businessman’s personal and professional life was vast but reflected ties to Montgomery County. Gary Miles covered his loss in The Philadelphia Inquirer.

Paier was born in Branford, Conn. He came southward to the Wharton School of the University of Pennsylvania, from which earned a 1960 bachelor’s degree in economics.

He served in the Air Force Reserves, got his CPA, worked for Phila.’s Touche Ross accounting firm, married Geraline Shnakis (after meeting her on a blind date), and eventually found a 1967–1992 position at Radnor’s Safeguard Scientifics.

Then living in Penn Valley, he changed professions. Upon his exit from Safeguard, he said, “I had enough of 60-hour weeks and heavy travel.”

He migrated to Healthworks Alliance Inc., a King of Prussia software developer for healthcare providers, becoming its CEO until its 2005 sale. He made one more leadership career move as CEO of a business accounting and financial consulting firm.

Paier lent his business wisdom and insight to area boards, both business and cultural.

“It was important to him to give back,” his son said.

“He engaged with people around him with integrity, honesty, intellect, and wisdom,” commented family members .

Additional detail on the professional and personal life of Adolf A. Paier, Jr., is at The Philadelphia Inquirer.