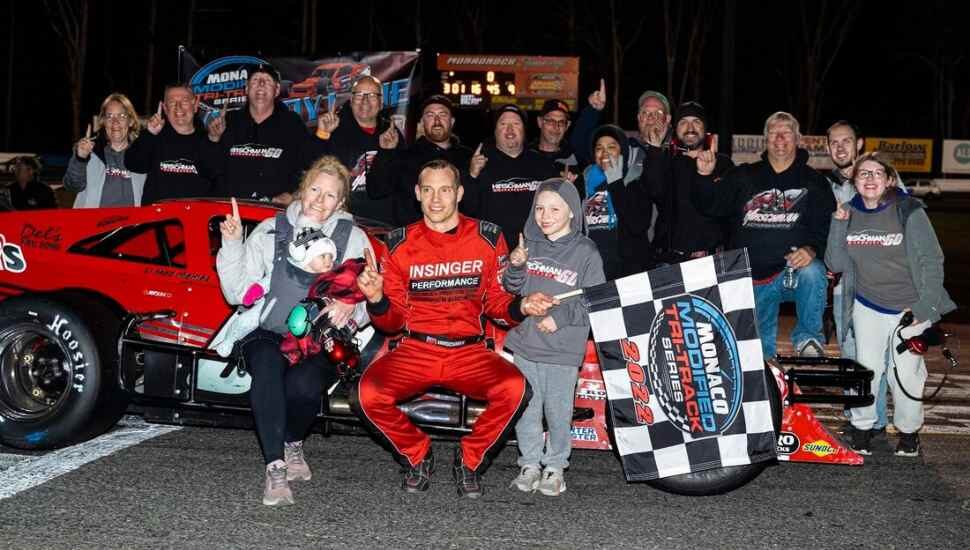 In 2021, Northampton resident Matt Hirschman drove himself to the racecar history books, becoming the first four-time winner of a high-profile race in Mass. For 2022, however, he cemented his top spot, winning the title consecutively (another record) and the fifth time overall. Race Day Connecticut covered the achievement.

Hirschman’s prowess is competitively rocketing around an oval an “open wheeled” racer. The distinctive design of these machines places the four wheels out beyond the body frame, extended by oversized axles. The cockpit is minimal and exposed to open air.

The annual meet, at Seekonk Speedway, Mass., is a fairly typical challenge for participants: It’s a high-speed, 100-lap exercise in aerodynamics, mechanics, and fearlessness.

“It’s one of the races you look forward to all year,” Hirschman said. “As a fan of it, you come into this, you really never know who’s going to win.”

Hirschman started in the fifth position. By lap 28 he was third place, stalking second. The 32nd time around, he took the lead and maintained it for the remaining 47 laps.

He wasn’t the only local to distinguish himself on the track that day. Austin Beers, also of Northampton, placed fifth.

More on Matt Hirschman and his racetrack performance in New England is at Race Day Connecticut.