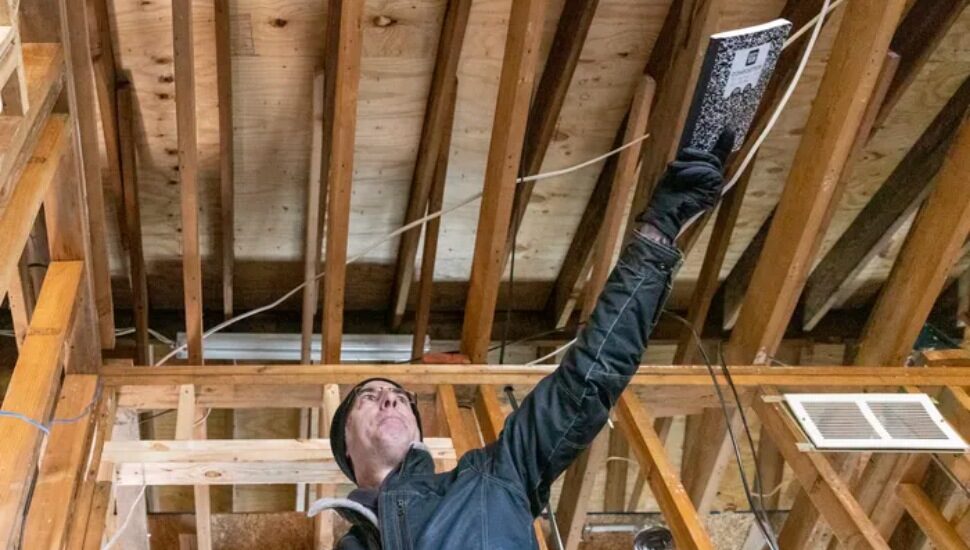 Image via Alejandro A. Alvarez, The Philadelphia Inquirer.
Owner Max Cummings, under some of the damage to his roof caused by Hurricane Ida.

After Hurricane Ida left his Upper Dublin home in shambles, Max Cummings did not expect that his problems were only beginning, writes Bob Fernandez for The Philadelphia Inquirer.

He contacted his insurer, Allstate, which he had used for around two decades for home and auto insurance, but the estimate the company made was less than half of Cummings’s damage estimate.

While his public adjuster initially estimated the damage at $375,000, Allstate offered $168,000 for the damage.

“Kicking you when you’re down,” said Cummings, whose family was living in a rented apartment. “They use time as a weapon against you.”

He received a new offer of $344,000, but that number still lacked full funds for the repairs to the house’s exterior. After he refused and submitted a new estimate of $396,000, based on a more detailed list of the damages, Allstate changed the adjusters dealing with his claim in November and then failed to contact him for weeks.

He decided to start to “badger” Allstate with calls and emails, until he brought attention to his claim. It worked and in February, he settled for $394,000.

Read more about Max Cummings and his dealings with Allstate over Hurricane Ida damage in The Philadelphia Inquirer.