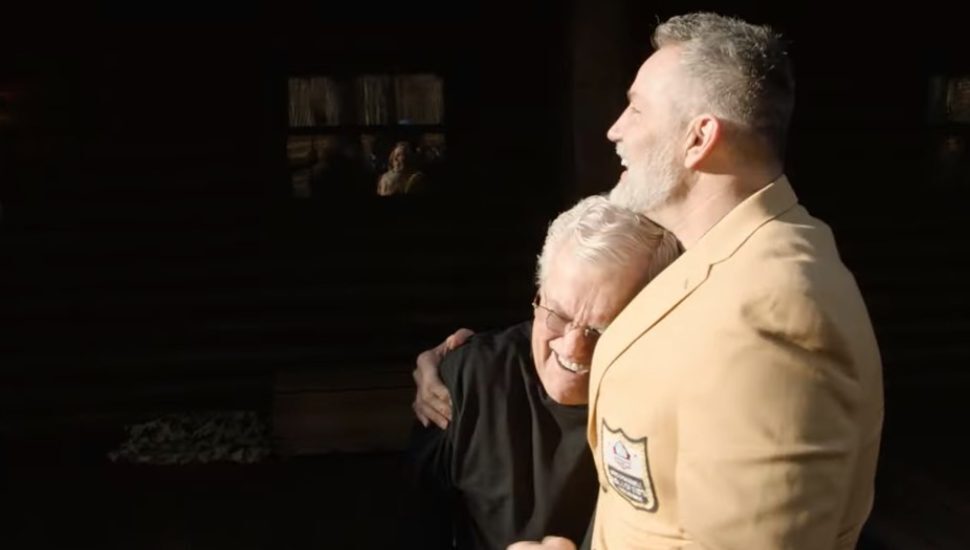 It should come as no surprise, then, that both were aplenty when Vermeil was recently notified by Kurt Warner — the quarterback who led their team, the St. Louis Rams, to a victory in Super Bowl XXXIV — that he’d be joining him in the Pro Football Hall of Fame.

The above video captures the moment when Warner and a camera crew arrived in the morning at Vermeil’s home in East Fallowfield Township, described as “The Hills of Pennsylvania.”

Vermeil, 85, coached the Philadelphia Eagles from 1976-82, leading them to a berth in Super Bowl XV.

Vermeil’s official enshrinement as a member of the Pro Football Hall of Fame’s Class of 2022 will be held in August.

Ambler Man Lived at Vet Stadium in Secret, Tells All in His New Book

From Chesco: 35 Years After Stepping Down as Eagles Coach, Vermeil Offers Perspective