The Power of Listening- Are You Fixing the Wrong Problem? 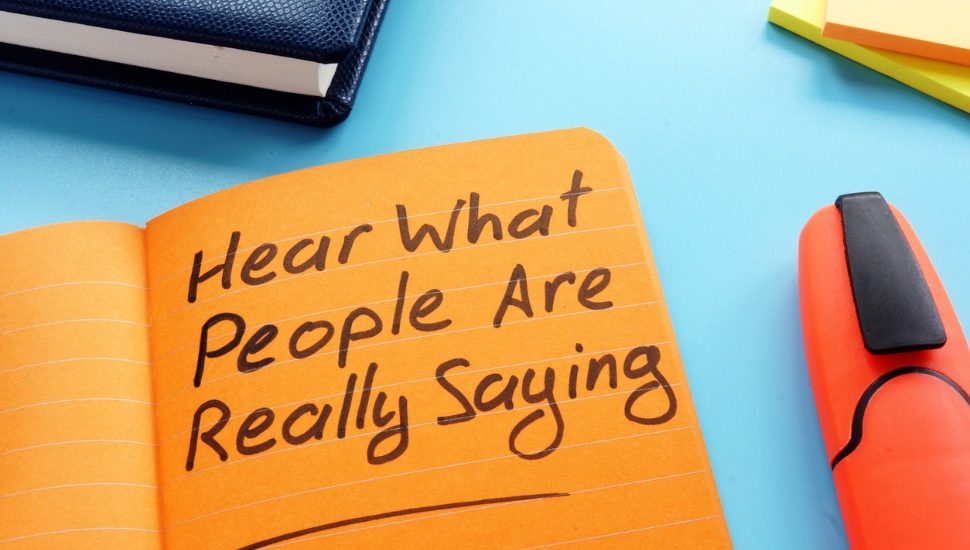 As we bring solutions to others, we have a tendency to start solving or fixing the wrong problem.

I found a great video called It’s Not About the Nail. I show it in workshops to make the point about solving the wrong problem.

It starts out with a close-up shot of a woman saying, “It’s all this pressure that feels like it is right up in my forehead, and it’s relentless, and I feel like it’s never going to stop.” The camera pans back, and the woman turns to her boyfriend— and we see she has a nail in her forehead.

Again, she interrupts him, telling him he doesn’t understand, and the exchange goes on in a similar fashion with more comedic misses back and forth.

Eventually, he looks at her and says, “This must be really hard for you.” Finally, she responds with, “Thank you,” and we feel her relief at being understood.

I won’t spoil the final shot for you, but it ends rather humorously. Most people’s reaction to the video is they can relate and have had a very similar conversation with a spouse or partner—the whole men are from Mars, women are from Venus story.

Then I change it up by asking those in the workshop, “How many times have you had this kind of conversation in business?” They answer, “Quite frequently.”

Christine Miles is an author, professional keynote speaker, consultant, executive coach, thought leader, entrepreneur, and radio show host who lives in Devon. She is the founder and CEO of Wayne-based EQuipt. Additional information on her may be obtained at www.EQuipt-People.com.