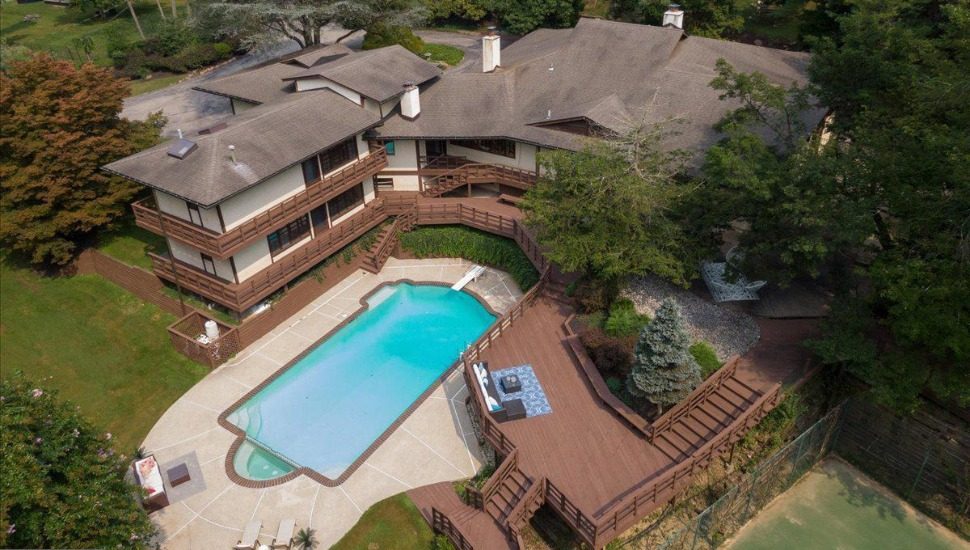 The Japanese-style childhood home of director M. Night Shyamalan has hit the market in Wynnewood for $2.175 million, writes Kennedy Rose for the Philadelphia Business Journal.

This 6,000-square-foot residence built in 1956 has six bedrooms and six and a half bathrooms.

It has been renovated over the years to extend the space while simultaneously maintaining mid-century-style architecture.

Among the many highlights is a custom kitchen with rounded cabinets.

In addition to the main house, the 3.1-acre property boasts an indoor and outdoor pool, a tennis court, and a wraparound porch.

There is also a deck nestled by the woods that often served as a set for teenage M. Night Shyamalan, who would invite his friends over and film movies around his home.

The house was purchased by the director’s parents, Drs. Nelliate and Jayalakshmi Shyamalan, in 1982 for $176,199.

The couple recently decided to relocate to Malvern to be closer to their children.

The filmmaker and his wife and children currently live in Willistown Township, in a Georgian Revival estate called Ravenwood.

Read more about the M. Night Shyamalan home at 132 Old Gulph Road in Wynnewood in the Philadelphia Business Journal.