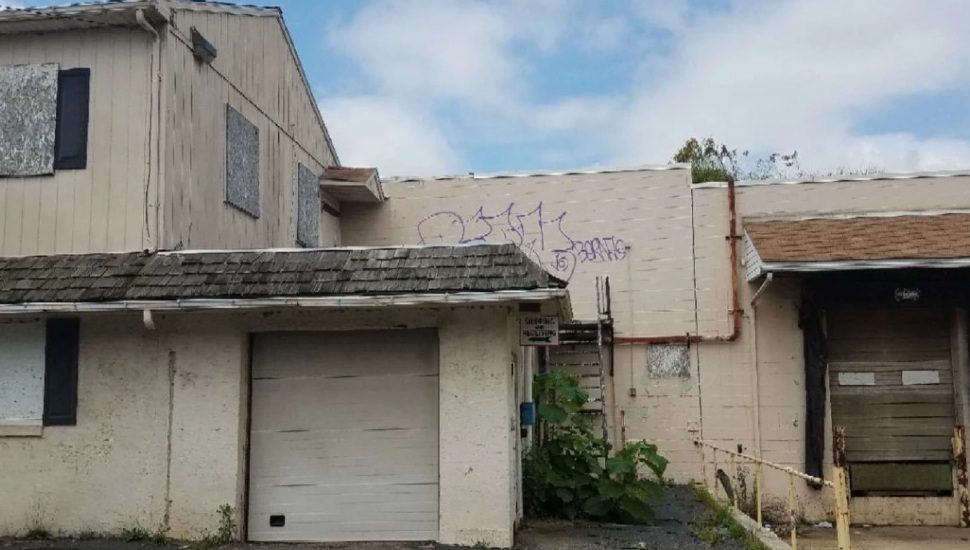 Image of Pottstown Plating via The Mercury.

The industries that built Pottstown, creating jobs and a tax base to support a healthy mid-century economy, have left behind an environmental contamination legacy that is complicating the borough’s redevelopment, writes Evan Brandt for The Mercury.

The best example of this are the attempts to clean up Pottstown Plating.

The chemicals left behind after the business was abandoned are making redevelopment a tricky task to achieve.

Redeveloper John Jones has been working on cleaning up the site for six years to bring it to the point where the Pennsylvania Department of Environmental Protection will give the green light for the work to start.

Jones is no stranger to rehabbing properties in Pottstown, including the conversion of the former Pottstown Nipple Works on Laurel Street into Laticrete Concrete and Building Solutions, but this is his biggest challenge yet.

The cost of the full clean-up, construction, and utility upgrades is estimated at $2.5 million, a part of which is covered by state and federal grants.

Read more about the environmental contamination issues in The Mercury.

Pottstown's Hobart’s Run Takes It to the River for Annual 5K on Nov. 14