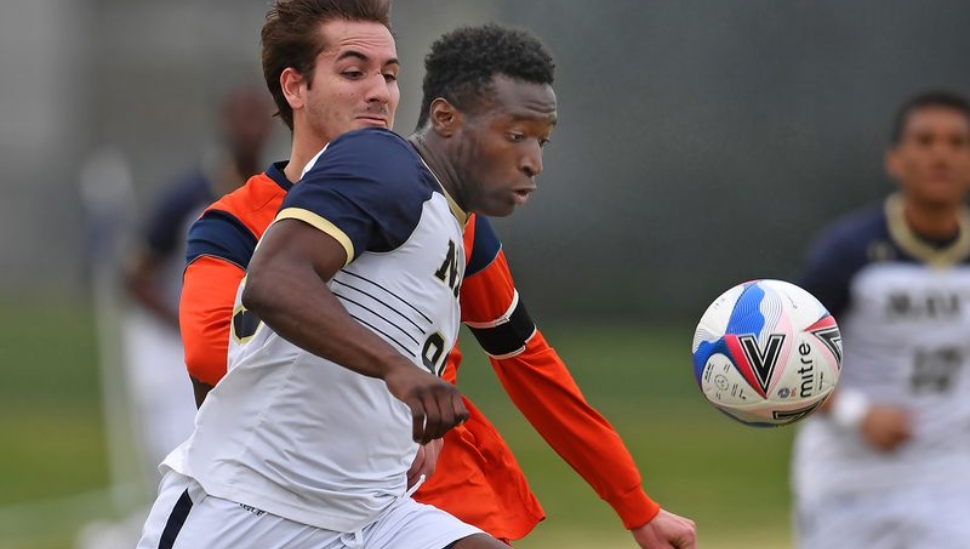 Baba Kallie, a sophomore at the Naval Academy, moved with his family from war-torn Liberia to Coatesville a decade ago. The goal for this star soccer player was to pursue his American Dream, writes John Evans III for the Capital Gazette of Annapolis, Md.

When Kallie was growing up, attending Navy was not a possibility. His dream was simple: make it to the States.

After moving to Coatesville in 2011, Kallie started playing youth soccer in the YSC Elite program for the Philadelphia Union development team.

He continued working on his skills and was voted league MVP during his senior year at The Hill School.

“I knew when I got to high school that I wanted to continue playing soccer,” Kallie said. “I knew then that I was good enough to go on and play soccer at a higher level and would be able to get a college education by playing soccer.”

During his senior year, Navy coach Tim O’Donohue saw potential in Kallie and extended him an offer.

“Coming to America made so many wonderful things happen for me,” said Kallie. “It helped me to achieve so many things.”

Read more about Baba Kallie in the Capital Gazette.