Montco Educators Share How They Teach 9/11 to Younger Generations 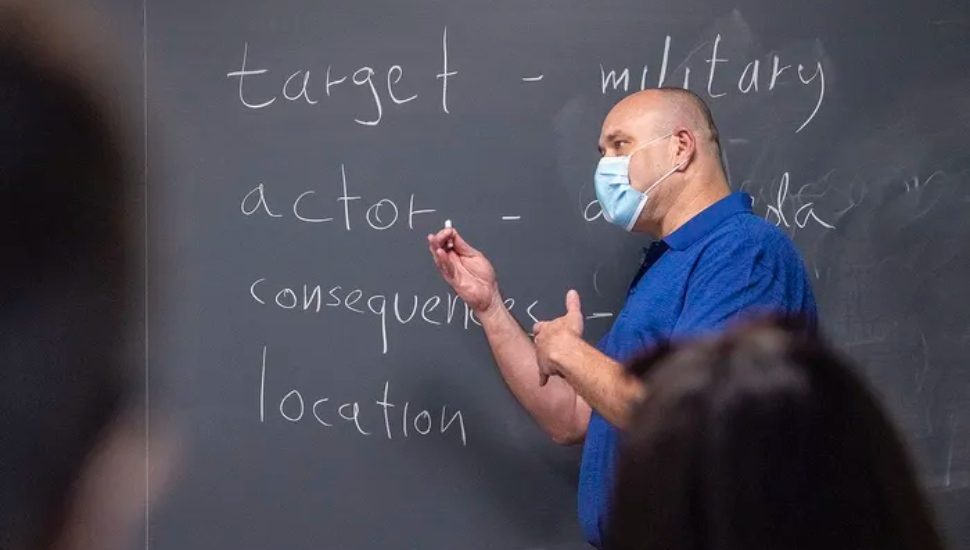 Image via Jose. F. Moreno, The Philadelphia Inquirer.
Barak Mendelsohn talking to students during a class on terrorism at Haverford College.

Twenty years after the September 11 terrorist attacks, even the oldest young people in school have no memory of the events that brought sudden devastation to many American lives, write Kristen A. Graham, Melanie Burney, Maddie Hanna, and Susan Snyder for The Philadelphia Inquirer.

Barak Mendelsohn, an associate professor of political science at Haverford College, likes to frame the discussion around two separate events. Last week, he asked students to tell him if they consider the January 6 storming of the Capitol as well as a fictional bombing of an oil pipeline by environmental activists terrorism.

All but one agreed that January 6 was a terrorist act, while students were much more divided on the oil pipeline bombing.

“It’s to show how values shape who we are inclined to see as terrorists,” he said. “That demonstrates why we need more objective tools to study terrorism.”

Meanwhile, Stephen Kozol, an Upper Merion High School teacher, believes that teachers need to establish a common understanding of the event when broaching the 9/11 subject.

”You want to do your best to have them feel what you felt,” he said. “Then you can see students starting to relate.”

Read more about teaching 9/11 in The Philadelphia Inquirer.

Netflix shares its newest documentary on the September 11 attacks and the War on Terror.