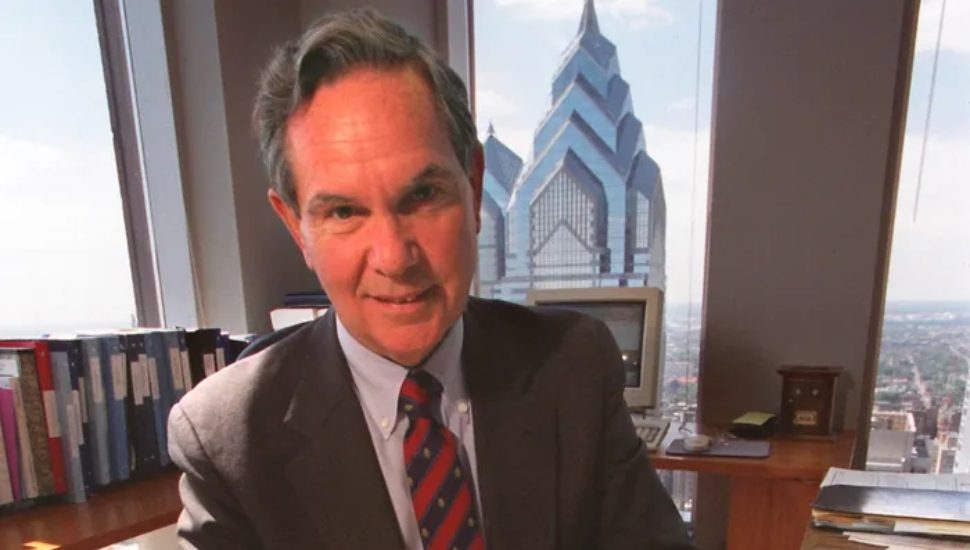 Image of Isaac H. Clothier IV at his desk, via The Philadelphia Inquirer file photo.

Isaac H. Clothier IV, a retired attorney and the great-grandson of the cofounder of Strawbridge & Clothier, died on August 16 at the Beaumont at Bryn Mawr retirement community. He was 89, writes Gary Miles for The Philadelphia Inquirer.

Isaac Clothier was a longtime attorney and partner at Dechert LLP and a board member of Strawbridge & Clothier.

He was also one of the public voices for his family in 1996 when more than a century-old department store was sold to May Department Stores. His son, Isaac “Chip” Clothier V, says that, “He made people feel like they were heard.”

At the time, he used what he referred to as reliable “Quaker consensus” to help steer the sale.

Still, Isaac Clothier noted that “it was very painful” for him to participate in the process that separated the founding families from the company they had nurtured for 128 years.

In addition to his work, Clothier served as an active board member at Bryn Mawr Hospital, the Shipley School, and the American Red Cross of Southeastern Pennsylvania, among other organizations.

He also taught Sunday school lessons at the Church of the Redeemer in Bryn Mawr to sixth-graders for 15 years.

Read more about Isaac Clothier in The Philadelphia Inquirer.

Check out this older commercial for Visa, featuring Strawbridge & Clothier, in Philadelphia. It was recorded in 1990.

Looking to Redo Your Kitchen on a Budget? Turn to the Team at Let’s Face It