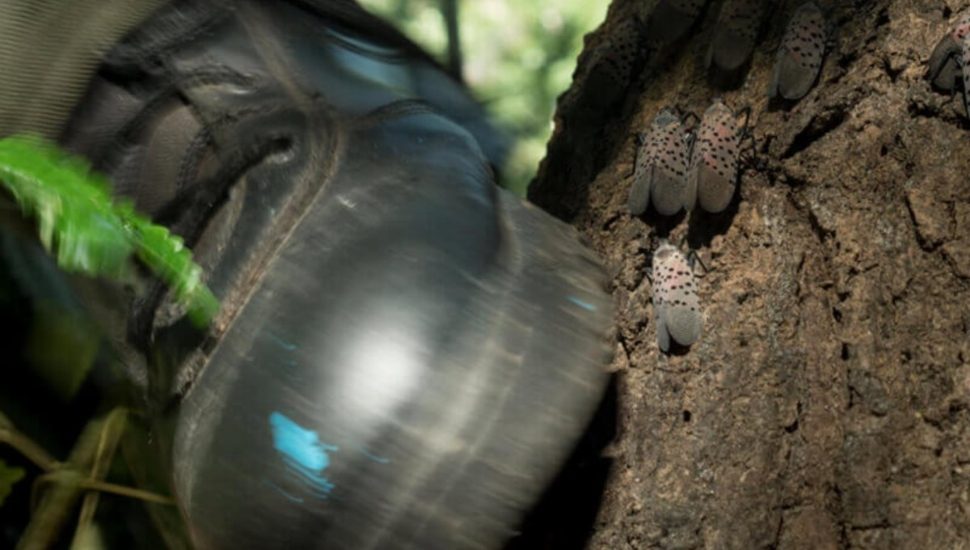 Image via Schneider Trucking.
The Pennsylvania Department of Agriculture, citing the economic impact of spotted lanternflies, recommends a no-mercy policy on their eradication.

Stomp, squish, and crush away. It’s open season on the spotted lanternfly population in Pennsylvania. State officials and researchers are recommending that Pennsylvanians kill as many as possible, write Maria Cramer and Isabella Grullón Paz for The New York Times.

A take-no-prisoners stance may sound cruel, but it’s necessary. This invasive insect from Asia has been wreaking havoc locally for the past seven years.

The voracious plant-eater is harmless to humans and animals, devastates valuable crops, such as vineyards.

Penn State College of Agricultural Sciences researchers warned in a 2019 report that the spotted lanternfly could potentially cost Pennsylvania’s economy $325 million each year, as well as 2,800 jobs.

The need to eradicate the pest will become even more urgent in September when the adults begin voraciously feeding to reproduce so they can lay eggs in the fall.

“These are called bad bugs for a reason,” said the Pennsylvania Department of Agriculture.

Read more about spotted lanternflies in The New York Times.

Learn how to get rid of these spotted pests in this video. It’s never to early to stomp them out!