Back from the Brink: WilmU Student Hopes to Use Her Education to Assist Others Suffering Life-Altering Trauma 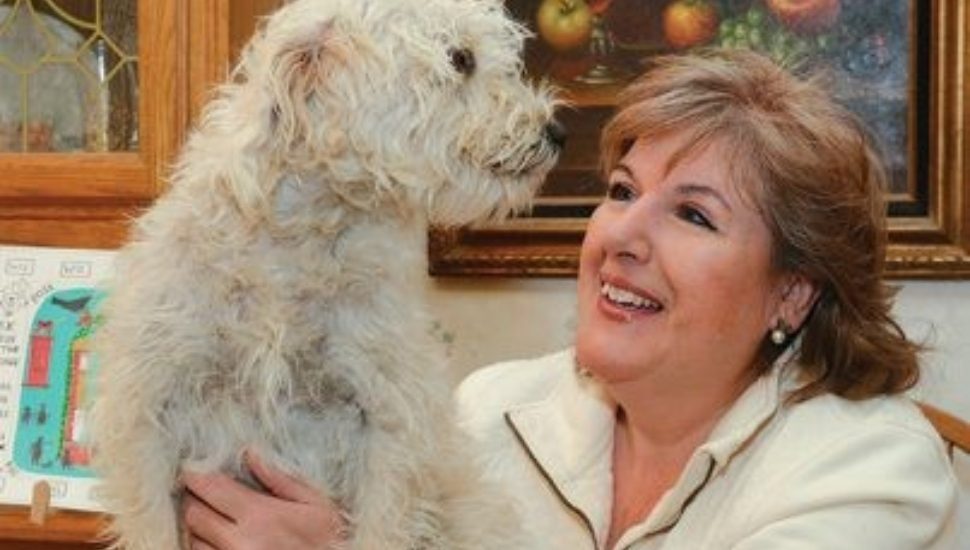 Patricia Porcello hopes her Wilmington University degree in psychology, a master’s degree in Applied Family Science, and a certificate in Trauma-Informed Approaches will help her and others in navigating the challenges of recovery from physical and emotional trauma.

“Everything I went through, I can utilize,” said Porcello, who began the coursework for a master’s in Applied Family Science in January, just a month after completing her Bachelor of Science in Psychology with a certificate in Trauma-Informed Approaches through WilmU Dover. “I’ve found that you can either let adversity define you and even destroy you, or you can put it to use toward something positive. Wilmington University gave me the opportunity to expand my experiences into knowledge.”

In October 2012, Porcello was crunching numbers for A&E Networks in New York.

“I’d finally gotten promoted to IT finance budget manager,” she said. “I was a workaholic. I had a high-powered job. I got the corner office.”

She spent some of the vacation days she’d been hoarding on a trip to France while the company renovated her workspace.

She never saw the results.

A mishap at Disneyland Paris led to a fall from a roller coaster’s loading platform. The 100-foot drop broke Porcello’s neck, bruised her spinal cord, and severed her left arm from her torso internally and her left leg from the knee down. She suffered severe head trauma and damage to many of her internal organs.

She was transported to a British hospital for two days in the emergency department, then returned to the U.S. for multiple, lengthy surgeries and intensive physical therapy over the next several years.

“It was like medieval torture, some of the work they put me through,” said Porcello. “My doctors were telling me, your life as you knew it is over. ‘You’re never going to be who you were.’”

Medical treatment was only the beginning of her concerns. While recovering at her parents’ house in East Hanover, N.J., and wading through the red tape of health insurance and disability benefits, she lost her job, her fiancé, and most of her friends.

“I got thrown away. It was like I hadn’t existed,” she said. “I didn’t think I was capable of surviving. You have no idea how angry I was.”

That anger, along with her desire to exceed the expectations she’d been given, fueled her recovery efforts.

Physical therapy, Porcello notes, trains you to take care of your basic needs, but there’s a big difference between being able to put on your slippers and being able to play the piano again. She was paralyzed on her left side, with limited movement on her right, and struggling with impaired cognitive abilities.

“I couldn’t be fixed unless I knew what I was and wasn’t capable of,” she said. “I needed to take stock of everything I had to work on.”

Returning to school was one way to find out what recovery was going to require. Porcello attended remedial high school classes in a motorized wheelchair, learning how to read, write, and spell again. After moving from New Jersey to Dover with her mother and father, she earned associate degrees in Marketing and Legal Studies from Delaware Technical Community College, then enrolled in a bachelor’s degree completion program at WilmU in January 2019.

In a change of course from her business background, she decided to study psychology, with the aim of assisting others who’ve suffered life-altering trauma.

“The research I’ve done for my courses has given me the opportunity to expand on the experiences I’ve had,” she said. “But instead of just dwelling on what’s wrong with me, I try to consider the people who need more than me.”

“I can’t do all that I used to do, but I do a lot,” she said. “I’m a continuous work in progress, though. I have to be careful to not overdo it.”

Sometimes she’s able to cross the room without a walker, but she can’t always comprehend the information on a page. Attention deficit and post-traumatic stress disorders inhibit her ability to concentrate on any given task, and calculating math problems can trigger seizures.

“I’ve been given a second chance, and I’m sure not going to waste it.,” said Porcello. “I’m crippled for life and in pain every day, but I’m thinking that the back half of my life is going to be more productive. I’m going to make a difference.”