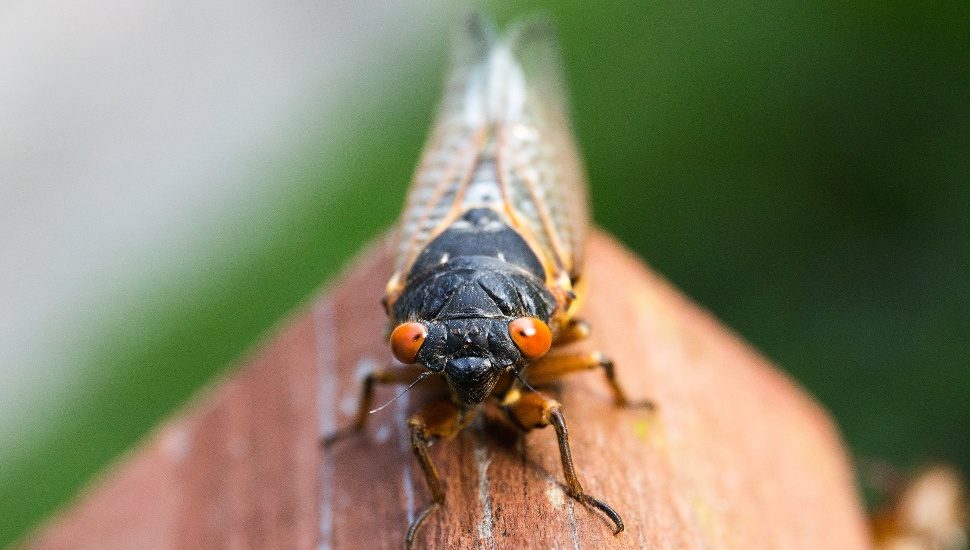 This year’s emerging crop of Brood X cicadas is about to yield another wildlife phenomena — one that may be as unwelcome as the bugs themselves, reports Doug Gross in the Yardley Patch.

Next month, thousands of Brood X cicadas will wake from a 17-year underground slumber. Then they’ll wriggle to the surface and sing in their trademark buzzy voices in our Montgomery County communities.

But that song may be short lived.

Mother Nature’s version of checks and balances is usually pretty efficient in these matters. When one species gets overabundant, she sends another along to winnow the flock.

Or in this case, she slithers something along.

“Why would such a well-armed predator bother to dine on cicadas?” writer Andy Gluesenkamp asked in Texas Parks and Wildlife magazine. “For the same reason we eat fast food: It’s cheap and easy.”

Still, if you’re out in your garden listening to chattering cicadas, watch your feet.

But take solace: Montgomery County’s first frost, sending summer critters scurrying for warmth, is only about six months away.

More about Brood X cicadas and who may be eating whom in your backyard this summer is at the Yardley Patch.

According to Philadelphia Magazine, Here are the Best Jewish Delis in Montgomery County