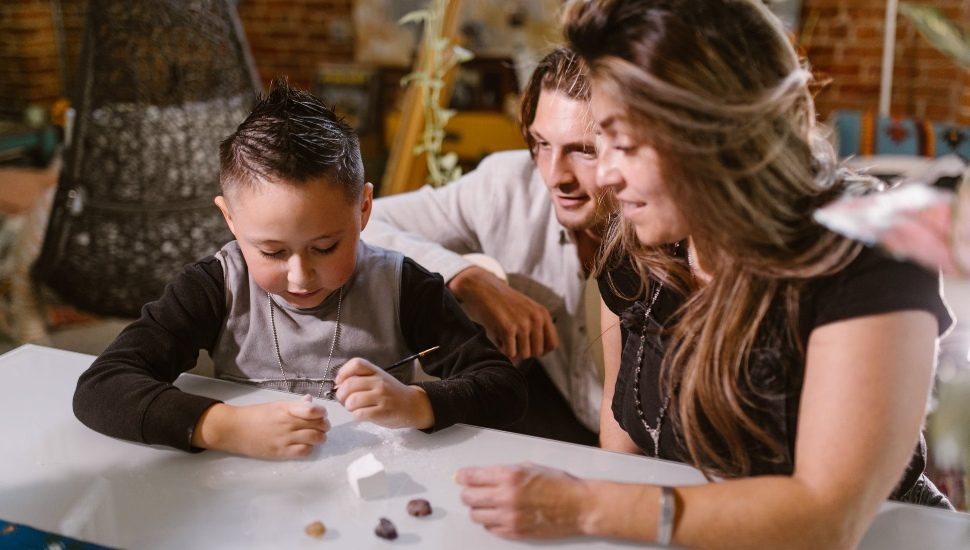 Since the early 1970’s, Chestnut Hill College (CHC) has been committed to training educators in the Montessori Method. There are over 5,000 Montessori schools in the United States and 500 are public programs, according to the American Montessori Society.

In Pennsylvania, there are over 200 Montessori schools and childcare centers.

Montessori is a method of education that is based on self-directed activity, hands-on learning, and collaborative play. Montessori training is student-led and self-paced but guided, assessed, and enriched by knowledgeable and caring teachers, the leadership of peers, and a nurturing environment, according to the American Montessori Society.

At CHC, they are also taking the Montessori approach into urban schools, such as Woodlyn Academy in Delaware County and MECCA Academy in Philadelphia, providing training to employees and educators within these settings.”

Marjorie, who trained as a biochemist, became involved with Montessori through her 4 children who attended Montessori schools. “I couldn’t believe the amazing tools, materials, and experiences they were using to teach Math and Science in early childhood education,” she remarked. “My children still credit their love of learning to their early Montessori experience.”

Marjorie was so passionate about the Montessori Method that she owned and operated a Montessori school and eventually came to work at CHC as the Director of the Montessori program.

She says, “CHC has shown its commitment to the Montessori Method for close to 50 years. There are only 11 colleges or universities in the United States offering this credential. CHC has an excellent reputation in the Montessori community and I really enjoy working with these future educators.”

Marjorie continues, “I also like the fact that CHC’s program is designed for the working adult. Classes meet in the evenings once a week. Courses are offered in a face-to-face, hybrid and/or online delivery format during the fall, spring and summer semesters, and there are several options to obtain the Montessori credential.”

According to Marjorie, “There are a variety of career opportunities beyond teaching that include: Montessori Guide (teacher), Head of School, Educational Coordinator, Private Tutor, and Montessori Adult Instructor.”

She also states, “The Montessori community is a close one. At CHC we recognize this and we invite the Montessori community to an annual dinner that celebrates the work we are doing. We also provide a speaker to share groundbreaking successes with the group.  Every year this is such a well-attended event. It provides connections for our students and helps to build the future of Montessori education.”

Chestnut Hill College is an affiliate of the American Montessori Society (AMS) and is accredited by the Montessori Accreditation Council for Teacher Education (MACTE).

Receive more information regarding the Montessori Credential through CHC.

Oh No, It's Back Again! Learn How to Destroy the Spread of Spotted Lanternfly