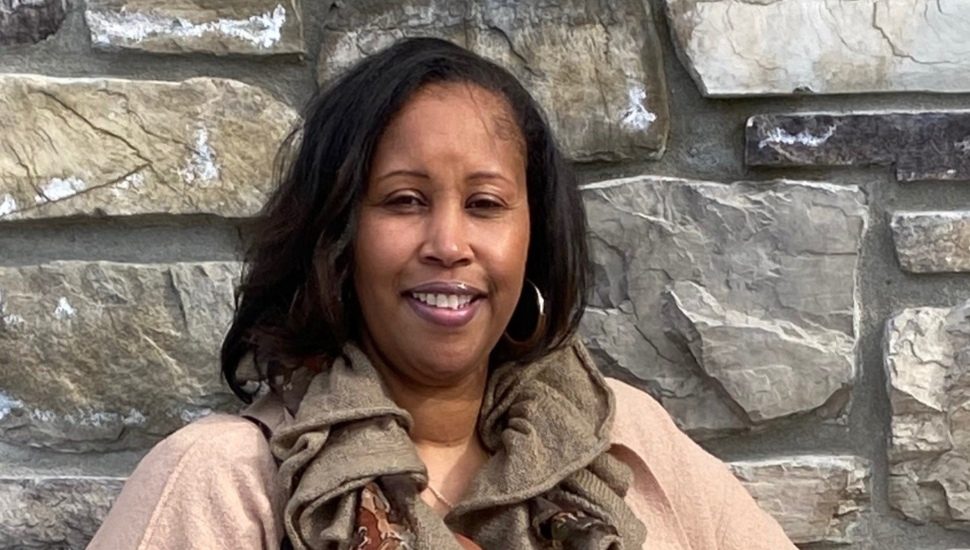 Image via The Lincoln Center for Family and Youth.

April Thomas learned early in fifth grade how much students benefit from a caring, supportive educator.

She carried that lesson with her into her role today as Chief Schools Officer at The Lincoln Center for Family and Youth (TLC), a nonprofit that provides alternative education, coaching, and counseling to individuals and families in the Greater Philadelphia Area.

Back in fifth grade, Thomas was just a 10-year-old in Ms. Boney’s class.

“She cared so much about who we were as people,” Thomas says.

This charismatic educator always looked for teachable moments, like the time 10-year-old April gossiped about Ms. Boney to another classmate. Afterward, Ms. Boney pulled April aside to share how the gossip personally affected her.

“That really impacted me, but the way she left me with my dignity on the other side of teaching me that lesson really was different from what other teachers had done at that point,” Thomas says. “Ms. Boney even invited me and her other students to her wedding. We were that important to her.”

Thomas decided she was going to be like Ms. Boney.

Thomas has accomplished a lot since the fifth grade.

While she was working as an instructional literacy coach at William Penn School District in Delaware County, a district administrator suggested that she consider going into educational leadership.

Soon after this conversation, Thomas decided to go back to school and pursue her second Master’s degree from Arcadia University.

Upon graduating with her degree in Educational Leadership, Thomas began working as an assistant principal at a school in Philadelphia, PA. After seven years in this position, she went on to become the Principal/CEO at a school in Chester, PA.

Then she discovered TLC.

“It felt like this organization was focused on all of the things that educators tend to wish they had support around,” Thomas says. “In my previous schools, we did not often have the resources to give students who needed it more counseling during the day.”

The Lincoln Center was doing the exact things in education she personally believed in, particularly their focus on mental health.

She had spent her entire career striving to help students get into college, only to see them drop out even though they were academically capable.

She believes it was their inability to access the level of mental health support they needed in K-12 education to overcome earlier barriers that ultimately led them to be unsuccessful in college.

TLC was a place where those barriers could be addressed with students.

“The one thing that TLC is able to do in a way that other schools can’t do as well is personalize the educational experience to each individual child,” she says.

We have all experienced traumas in our lives, obstacles that block us from success. TLC’s work recognizes those traumas in their students and teaches them to be resilient, showing them that they are not alone.

That is the kind of work that is inspired by the legacy of great teachers like Ms. Boney and great leaders like April Thomas.

Find out more about The Lincoln Center by clicking here.

From the Lincoln Center: De-stressing in Distressing Times

Build Back Better Brings Nonprofits Together for the Community

The Choices Program from The Lincoln Center Continues to Grow