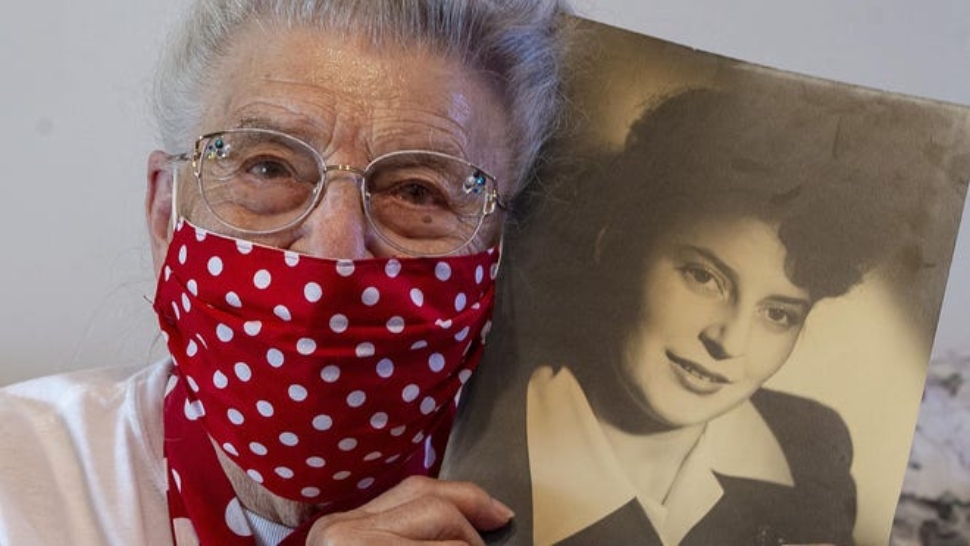 Image via Nancy Rokos
Mae Krier poses with her 1944 portrait as Rosie the Riveter.

Mae Krier, 94, is getting some out-of-this-world recognition for her work in World War II, wrote Peg Quann in the Bucks County Courier Times.

Krier was one of thousands of women who undertook blue-collar employment when their husbands, boyfriends and sons went off to fight.

They became collectively known as “Rosie the Riveter,” and depictions of them with rolled-up sleeves, bulging biceps and polka-dotted headscarves showed just how tough they were.

Remembering her sisters of steel, Krier sought for 40 years to get official recognition for all the Rosies.

It paid off in 2020 when a Congressional Gold Medal honored their grit.

Boeing, for whom she worked starting in 1944, knew it had to do something in return. The company dubbed a robot-commander “Rosie the Rocketeer” and will soon launch “her” to the International Space Station. Kudos to Krier also include a commemorative Rosie-themed collectible coin.

Boeing CEO David Calhoun said, “We hope this unique space flight helps to inspire the next generation that will lead us into the future of space travel.”

Entertainment"Last Call" Movie Based on Growing Up in Upper Darby Has Friday Release DateMarch 17, 2021