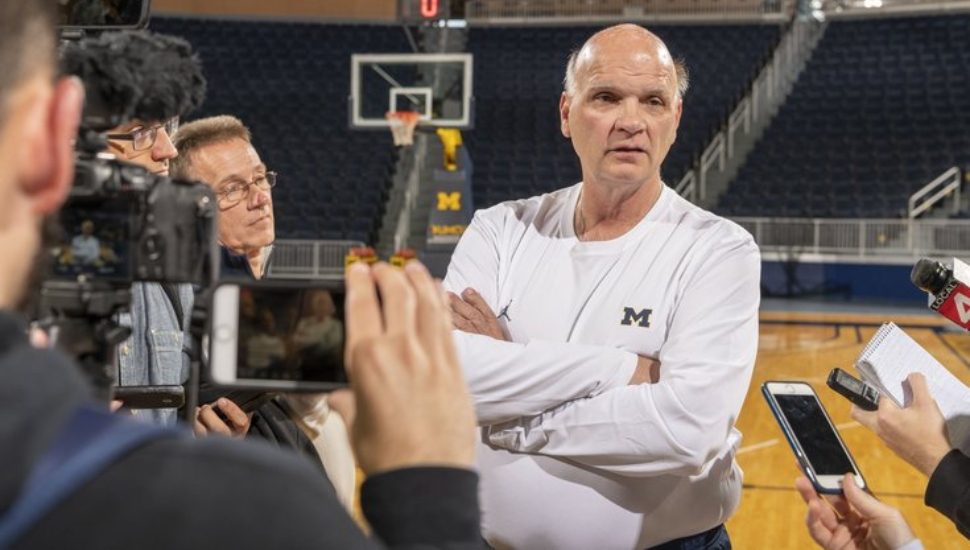 Phil Martelli wasn’t going to let anything interfere with being at the NCAA championship game April 5, not even a COVID-19 vaccination, writes Joseph Santoliquito for phillyvoice.com.

His daughter had already made arrangements for him to receive his first vaccination but legendary St. Joe’s Coach Martelli rescheduled for Friday, March 5, to make sure his second dose wouldn’t be available until April 7, two days after the championship game in Indianapolis.

Martelli is in his second year as an assistant coach under Juwan Howard at Michigan, the No. 1 seed in the East Region of the 2021 NCAA Tournament.

“I’ve had this bucket list in my head for a while,” said Martelli.  “I wanted to play in the Final Four, and coach in the Final Four. I would like to meet and a have a brief conversation with Bruce Springsteen and meet Tiger Woods.”

Martelli, 66, is St. Joe’s all-time winningest coach with 444 career victories, but he has never climbed a ladder or cut down a net on a Monday night in April.

This year, Martelli represents the best chance for a local to be part of a national title.