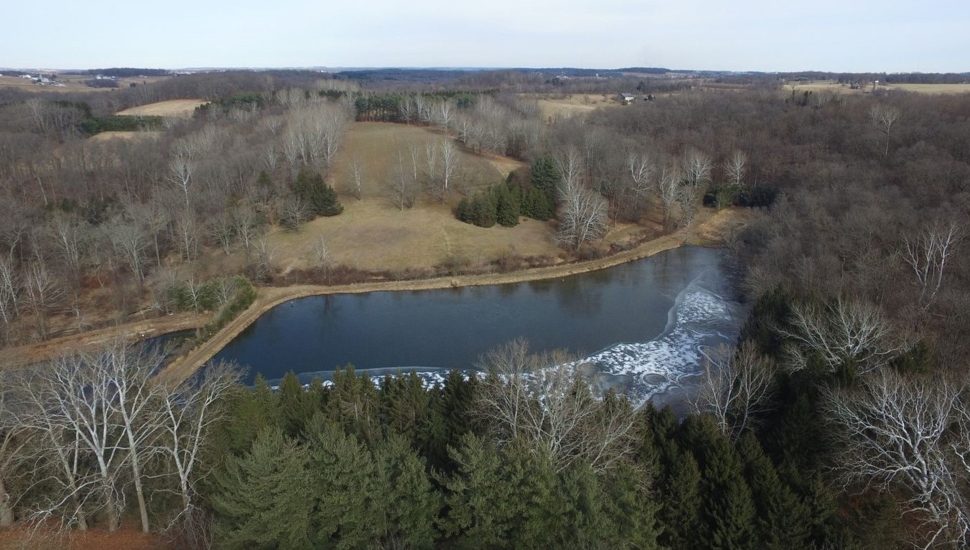 Image via the Brandywine Conservancy and Museum of Art.

A part of Glenroy Farm in Lower Oxford and West Nottingham townships will become a public nature preserve thanks to a $6.6 million land deal made by the Brandywine Conservancy and Museum of Art in partnership with the Oxford Area Foundation, writes Frank Kummer for The Philadelphia Inquirer.

The 577-acre plot along Octoraro Creek was purchased from the Thouron family, which owned the land for the past five decades. The Oxford Area Foundation will manage the property.

Both organizations participated with grants for the preservation, but the bulk came from Pennsylvania Department of Conservation and Natural Resources, which awarded the project $3.3 million, and the Chester County Preservation Partnership Program, which contributed $3 million.

The remaining 375 acres of the Glenroy Farm that extend into neighboring Lancaster County were not included as part of the deal.

Also, during the acquisition of the land, the Brandywine Conservancy secured the required grants and oversaw negotiations.

The Oxford Area Foundation has now been tasked with turning the land into a preserve.

Read more about the land deal in The Philadelphia Inquirer here.