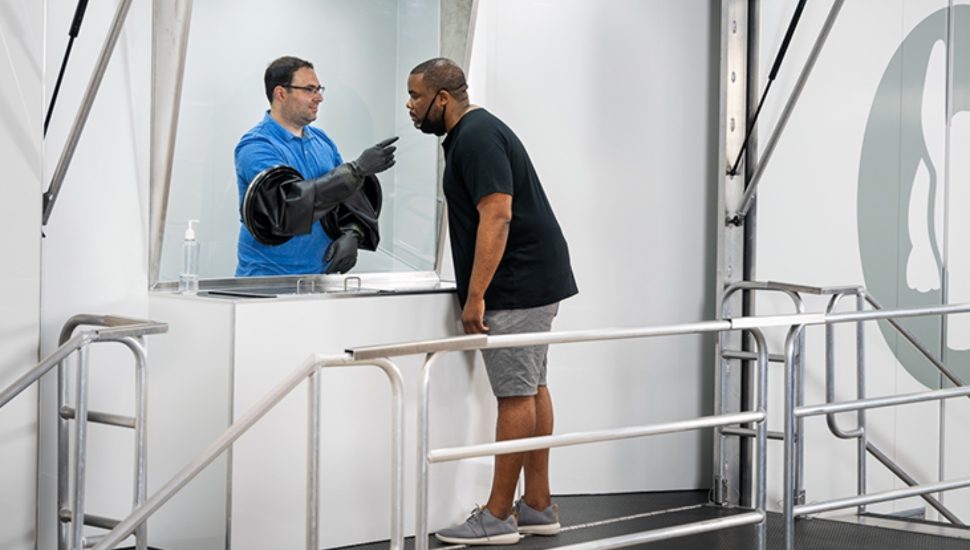 When his business came to a screeching halt during the pandemic, the founder and CEO of Conshohocken-based Aardvark Mobile Tours Larry Borden, got an idea that helped keep him in business and reach new levels of success, writes Jack Tomczuk for the Metro Philadelphia.

Up until March, Aardvark had mostly produced specialized vehicles for experiential marketing. The company was working with major brands such as Coca Cola and T-Mobile at trade shows, festivals, and other events—all of which were canceled once COVID-19 came around.

“The pandemic hit, and I was like, ‘I don’t even know what we’re going to do anymore,’” said Borden. “All of our stuff was shut down.”

However, after reading an article about shipping containers being transformed into mobile testing sites, Borden realized that his existing vehicles could be used for the same purpose and provide an even better alternative.

So he converted some of his trucks and founded Aardvark Mobile Health. Since then, demand has been constantly increasing. Over the last six months, more than 100 Aardvark mobile testing units have been deployed around the country, including in Philadelphia.

Read more about Aardvark Mobile Health at the Metro Philadelphia by clicking here.