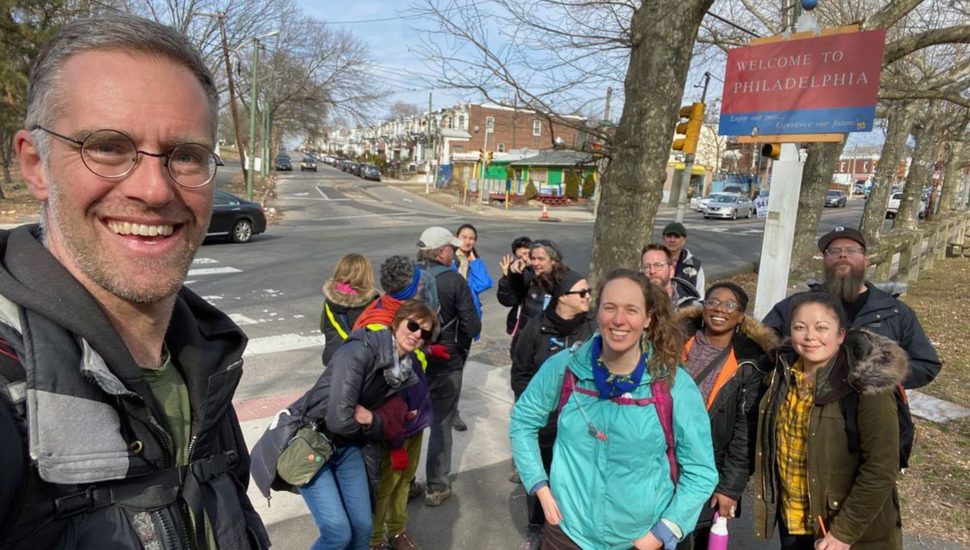 Artist and photographer J.J. Tiziou is continuing his project to walk the perimeter of Philadelphia - his adopted city - for the fifth year in a row. Image via The Philadelphia Inquirer.

Artist and photographer J.J. Tiziou is continuing his mission to walk the perimeter of Philadelphia – his adopted city – for the fifth year in a row, writes Rita Giordano for The Philadelphia Inquirer.

Since then “Walk Around Philadelphia” has grown into what he calls a “transformation experience.” It is now an annual pilgrimage for him that also offers something special for any young and older people who decide to join him.

“It’s gone from being a weeklong, once-off creative project, to being one of my major projects and an ongoing thing,” said Tiziou. “It’s sort of taken on a life of its own.”

Since 2016, all his walks have taken place in February, also for this year he added a September trek as part of the Fringe Festival.

The walks take participants through industrial landscapes, waterways, and wilderness. And there is always something new to see.

“There are adventures and discoveries that happen when you’re walking,” said Tiziou.