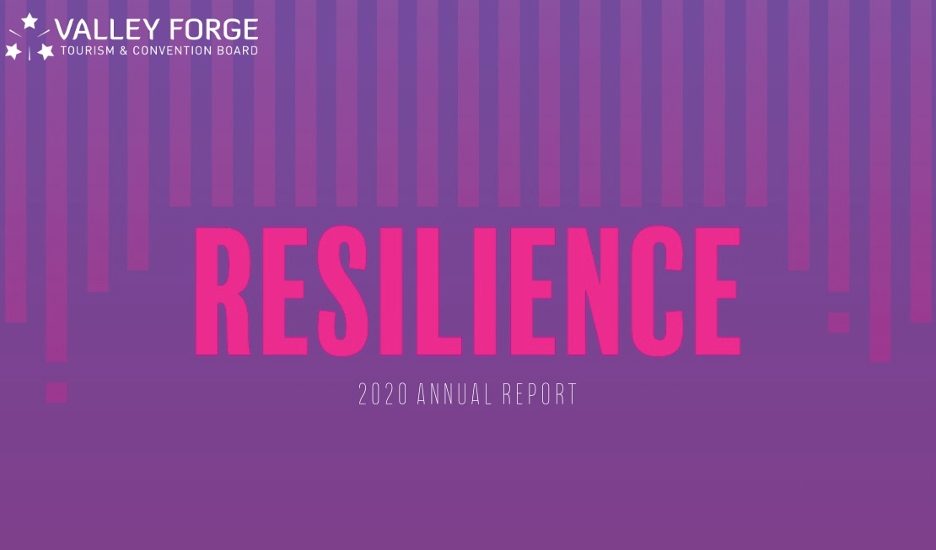 The Valley Forge Tourism & Convention Board recently released their Annual Report. Image via the VFTCB.

Beginning with remarks from President and CEO Mike Bowman, the report, while usually sharing successes of the year, illustrates the strength and resilience of Montgomery County as businesses bounce back after the pandemic hit.

The report revealed that Montco was set for another record-breaking year in 2020 pre-COVID. Through June, the county has lost an estimated $300 million in visitor spending relative to the same time last year.

However, Montgomery County’s share of the state’s tourism sector is growing. Despite falling slightly in 2019, hotel sector KPIs are all up over the past decade.

The report highlights the successes of the VFTCB’s marketing campaigns such as how the #MontCoStrong t-shirt fundraiser collected $25,000 in donations for the MontcoPA COVID-19 Response Fund, and that the Sixth Annual Freedom from Hunger Food Drive raised almost $5,000 in 2020, the equivalent of more than 20,000 pounds of food.

However, this year, about 120 events were canceled, representing 46,000 total room nights lost, and more than $4.5 million in economic impact.

Valley Forge Sports generated a record 64,000 room nights in 2019, and despite the disruption this year, sports was still able to host more than 60% of scheduled events with 35,000 room nights and 10 new events.