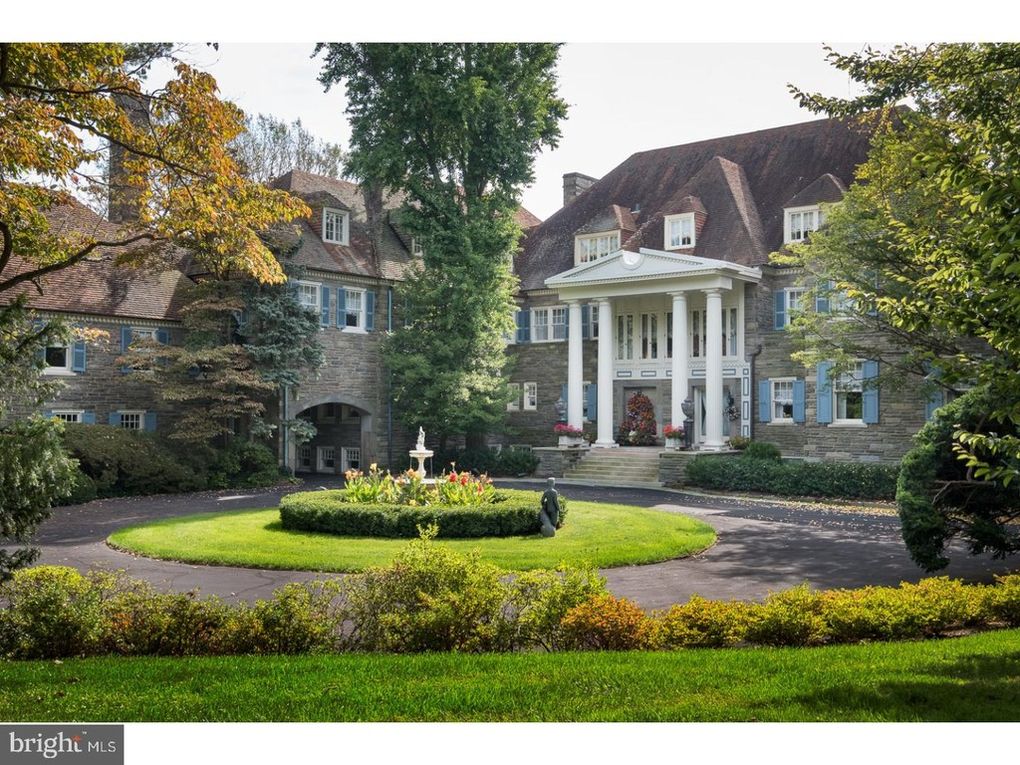 A Villanova estate known as Georgian Manor, built in 1929 by the founder of Luden’s cough drops, will be auctioned off next month, writes Ryan Sharrow for  Philadelphia Business Journal.

The home has eight bedrooms and 11 bathrooms.

It is currently owned by Andrea and Warren Kantor.

The size of the property has made it hard to sell, Andrea Kantor said.

“There are people who don’t want such a large home,” she said. “It’s not that it’s not beautiful, It’s just people feel it’s too big for their needs.”

The Kantors paid just under $4 million for the home in 1991 and have spent more than $6 million restoring and improving the property in the last 29 years.

Additions include a pool with six fountains, 1,000 trees and bushes, dozens of bronze and granite statues and benches.

The property also has a greenhouse, media room and five-car attached garage.

The Villanova home will be auctioned online from Oct. 6-9 via Conciergeauctions.com.

Read more about the auction of Georgian Manor here.