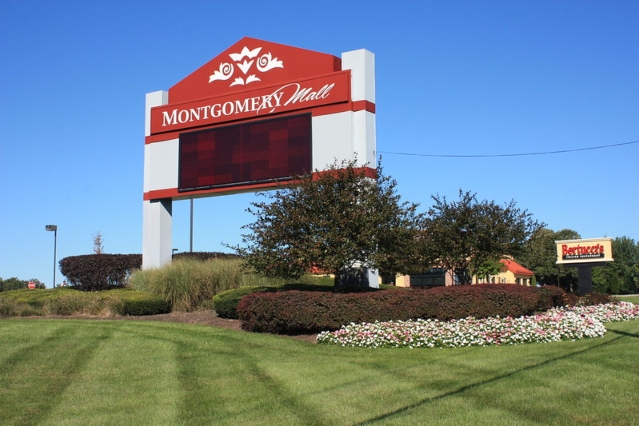 A $100 million loan backed by the Montgomery Mall could be facing default and may result in its owner, Simon Property Group, abandoning the property. Image via Montgomery County Planning Commission.

A $100 million loan backed by the Montgomery Mall could be facing default and may result in its owner, Simon Property Group, relinquishing the property, writes Natalie Kostelni for the Philadelphia Business Journal.

The North Wales mall has suffered several setbacks recently, the biggest of which was Sears vacating 169,550 square feet at the property.

The mall currently has four anchors, two of which are struggling retailers Macy’s and J.C. Penney. However, neither has so far announced the closure of their Montgomery Mall locations.

The Royal Bank of Scotland issued the CMBS loan six years ago. It was moved to special servicing in July after it became 30-59 days delinquent.

Financials showed that the net cash flow at the mall was 35.2 percent below where it was when the loan was issued. The occupancy was also down to 86.8 percent from 92.4 percent at the end of 2018.

While the fate of the property is still unknown, it is not unusual to see owners walk away from a property and hand over the keys to the lender to cut their losses.

Read more about the Montgomery Mall at the Philadelphia Business Journal by clicking here.