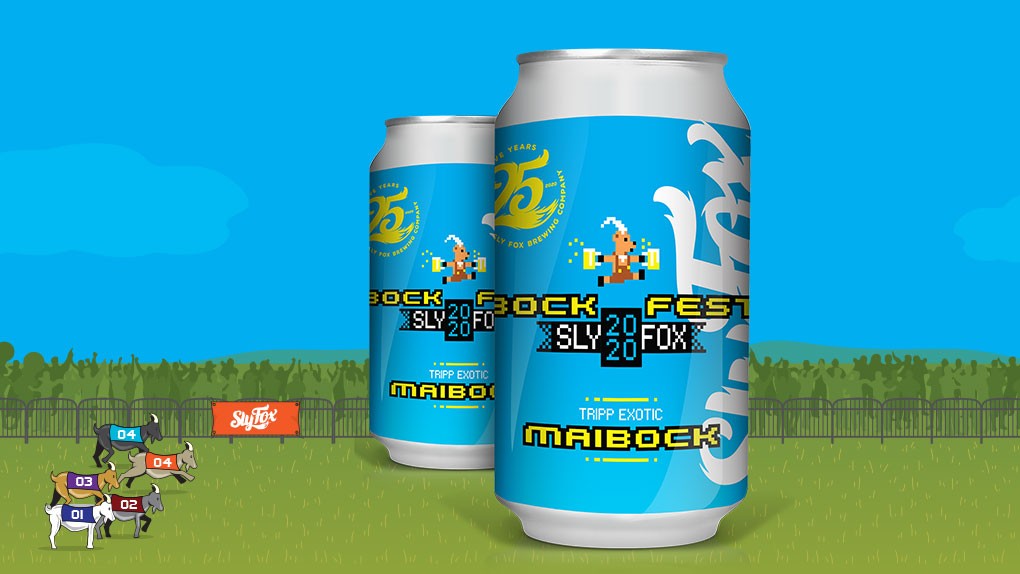 Posted By: Ken KnickerbockerPosted date: May 28, 2020In: Archive, Pottstown, Retail

Unable to race live goats for its annual Bock Fest and Goat Race due to the coronavirus pandemic, this year Sly Fox Brewing decided to livestream a virtual goat race and Maibock beer celebration, writes Tara Nurin for Forbes.

The brewery with its Pottstown, Phoenixville, and Malvern locations has seen the popularity of its charity live goat race grow each year since the inaugural even 21 years ago. It was even named “Philly’s best beer event” by the now-defunct Philly Beer Scene magazine and it usually draws around 5,000 spectators.

This year, however, it was virtual goats that butted heads in races livestreamed on the company’s Facebook page on Sunday.

The human participants gained ownership of a fictional goat by buying a $25 t-shirt in the days ahead of the race. On Sunday, the audience cheered on cartoon goats, each of which were given their own personality and backstory.

Five dollars from each shirt was donated to the Hospitality Assistance Response of PA fund.