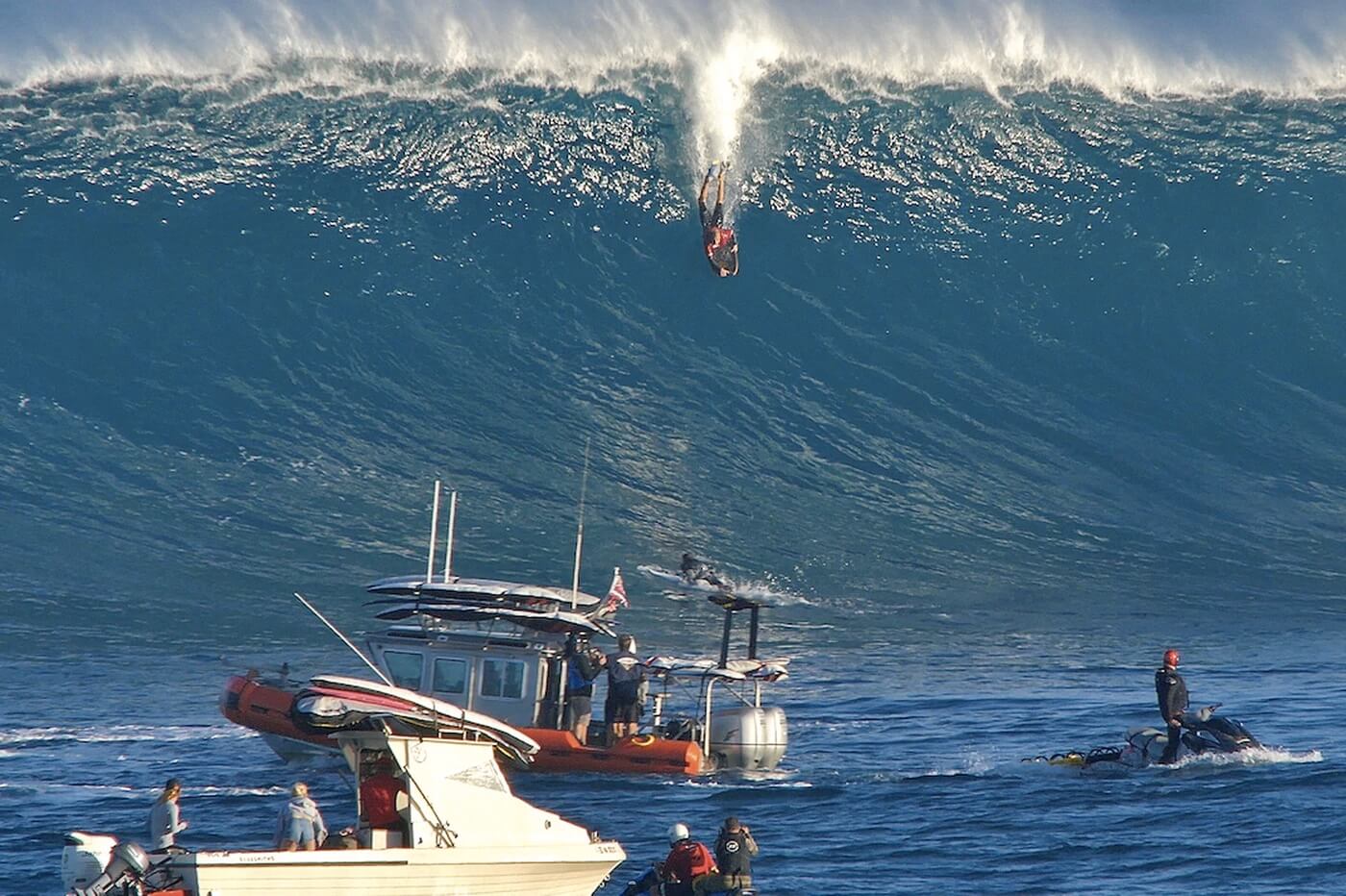 Andrew Karr, a 22-year-old Ambler resident who grew up 75 miles from the ocean, is taking the world of big-wave bodyboarding by storm. Image Via The Philadelphia Inquirer.

Posted By: Ken KnickerbockerPosted date: May 22, 2020In: Ambler, Archive, Entertainment

Andrew Karr, a 22-year-old Ambler resident who grew up 75 miles from the ocean, is challenging expectations and taking the world of big-wave bodyboarding – usually dominated by athletes from California or Hawaii – by storm, writes Phil Anastasia for The Philadelphia Inquirer.

“People are always saying to me, ‘Wait, where are you from?’” said Karr. “I say Pennsylvania and they go, ‘No way. You can’t be.’”

Karr, a former competitive swimmer at Germantown Academy, has spent the last eight months going higher, dropping faster, and tunneling deeper that many followers of the popular sport believed is even possible for a bodyboarder.

Then in October, he became the first bodyboarder to successfully ride in the “barrel” of a 30-foot wave at the iconic Jaws break in Maui, Hawaii.

That was “the most exciting moment of my life,” said Karr of the amazing feat.

The move, which was recorded by a stunned safety-patrol driver on a jet ski, gained him a lot of international respect.

In February, he is also believed to have set a world record by riding a 60-foot wave at Nazare, Portugal.

Read more about Andrew Karr at The Philadelphia Inquirer by clicking here.