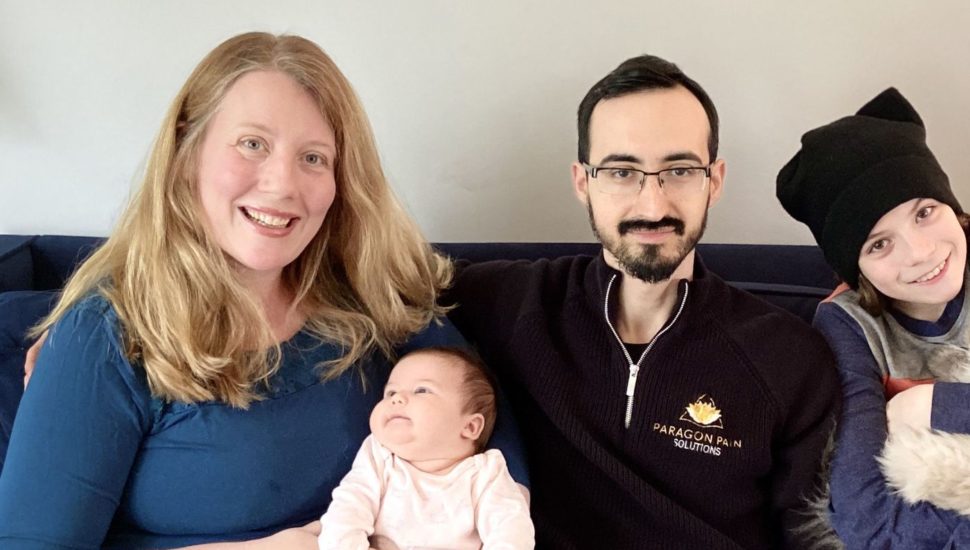 When Anne Medrano and Dan Vidal of Lafayette Hill began dating, a baby was not in their plans, but once it arrived both realized that was what they wanted. Image via the Philadelphia Inquirer.

When Anne Medrano and Dan Vidal of Lafayette Hill began dating, a baby was not in their plans. But once it announced itself, they both realized this was exactly what they wanted and needed in their lives, writes Anndee Hochman for The Philadelphia Inquirer.

Medrano and Vidal met at a networking event and soon after they started dating. They were both determined to keep things moving slowly because Medrano had a ten-year-old son, Jackson, and Vidal had just got out of a relationship.

However, it was Jackson that pushed them to move things forward when he asked to meet Vidal. The two hit it off immediately.

Still, Medrano had her reservations. Vidal was close to a decade younger and he would probably want kids, she thought. But at her friends’’ encouragement she decided to pursue a relationship and talk about kids later.

But then something unexpected happened. Medrano found out she was pregnant. After the initial shock, both realized this was exactly what they wanted.

Vidal soon moved in with Medrano, and in January at Einstein Medical Center Montgomery, they welcomed a baby girl, Mia Grace, into their family.

Read more about the family at The Philadelphia Inquirer by clicking here.

Weekend Wanderer: When Your Muse Quits