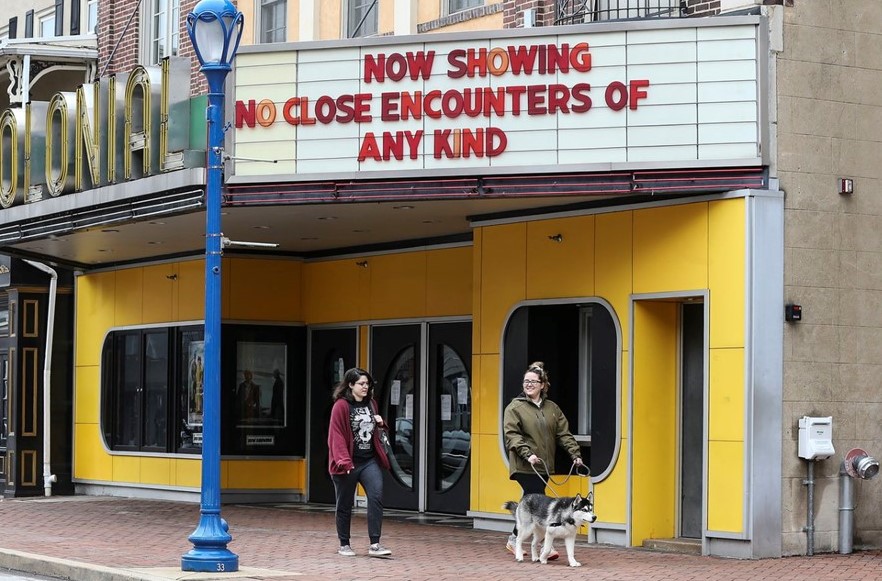 After it had to close due to the coronavirus pandemic, the Colonial Theatre in Phoenixville began using its marquee to post humorous, pun-filled takes on movie titles – and residents have taken notice, writes Stephanie Farr for The Philadelphia Inquirer.

Pictures of the sign sporting titles such as No Close Encounters of Any Kind started popping up on social media, prompting some people to even send donations to the theatre.

Heartened by the response and inspired by these e-mails that started pouring in with ideas for future titles, the theatre decided to start an online Punny Marquee Title Contest on April 6. The winners are announced every Tuesday and Thursday on the theatre’s Facebook and Instagram pages. They receive bragging rights and their “film title” proudly displayed on the theatre’s marquee.

“One of our core values is that we believe a healthy dose of the offbeat nourishes the soul,” said Ken Metzner, executive director of the Colonial Theatre. “Consistent with that, we said, ‘Let’s have some fun.’”

Within the first week, the theatre received more than 400 entries.

The Day the Earth Stayed Home was announced as the first winner.

Read more about the Colonial Theatre in The Philadelphia Inquirer here.